NAIROBI, Kenya (CNS) — The grisly murders of missionary priests and a local priest, a lay volunteer and 40 seminarians in Burundi are the focus of a recently opened investigation into their sainthood cause.

Catholic bishops in this central African nation June 21 welcomed the step petitioned to the Vatican by the Xaverian Missionaries, founded in 1898 by St. Guido Conforti as the Pious Society of St. Francis Xavier for Foreign Missions.

"The church that is in Burundi through us bishops wants to celebrate a group of people who, in the name of Jesus, offered their lives to show that our fraternity in Christ is more important than belonging to an ethnic group," the bishops said in a statement. "It is a great testimony, a message that we believe is truly necessary for all Christians."

The step, which was approved by the Vatican’s Congregation for Saints’ Causes, is the first involving the Burundian church, according to the Fides News Agency of the Pontifical Society for the Propagation of the Faith.

The Italian missionaries and Gubert were killed Sept. 30, 1995, at Buyengero parish.

An account of their deaths revealed that women religious who lived near the parish heard shots from the mission area but dismissed them because gunshots occurred regularly in the area.

Father Kayoya was executed in Gitega May 17, 1972, with 50 others imprisoned by the government during a dispute between majority Tutsi and minority Hutu people. Those imprisoned were Hutu.

"He was a priest, poet and philosopher," the Burundi Catholic Church recounted. "Through his publications, he always emphasized those ethnic differences more than being a threat are a wealth, and a mutual gift. He was charismatic figure, lover of truth, preached love without ever separating it from justice."

The killing of the 40 seminarians, according to a church account, occurred in the pre-dawn hours of April 30, 1997, when rebels attacked the minor seminary of Buta in the Diocese of Bururi.

Faced with the refusal of the seminarians to separate according to ethnicity, the bandits opened fire, killing 40 young people, who hailed from the dioceses of Bururi, Bujumbura, Ruyigi and Gitega.

The rebels fled after ransacking the seminary and adjacent pastoral center. Today, an onsite chapel memorializes the seminarians.

Father Maule was born in Gambellara in northern Italy on April 7, 1942, and was ordained in 1967.

He left for Burundi on Sept. 3, 1970, returned to Italy in 1979. He was then a teacher and superior of the Xaverian Seminary of Zelarino near Venice and from 1984 to 1990, he served as regional superior of the Xavierians of Italy.

After a brief period in Paris to prepare again for missionary life, he left for Burundi in September 1991. He served as a priest in Buyengero parish, where he was killed with the others.

Father Marchiol was born in Udine in northeastern Italy on March 9, 1930, and was ordained a priest in 1958. After a long period dedicated to the formation of young missionaries in Italy, he went to Burundi in 1978. Other than a short period in 1987-88 when he returned to Italy, he was in Burundi until his death.

Gubert was born in Fiera di Primiero, Italy, and was in Burundi as a lay volunteer. She had been in Burundi between 1976 and 1979 until the first expulsions of missionaries.

She moved to Tanzania to continue her ministry, remaining linked to the Xaverian Missionaries in Burundi. Later returning to Buyengero, she ministered to women until her murder.

The Burundian bishops in their message stressed that "these brothers and this sister in Christ are the heroes that we, the bishops of Burundi, present to you as a single model that inspires love for fraternity."

"They represent the first group of probable martyrs that we present to the universal church, to be officially declared martyrs and are for us all models of fraternity in Christian life and also in our whole Burundian society." 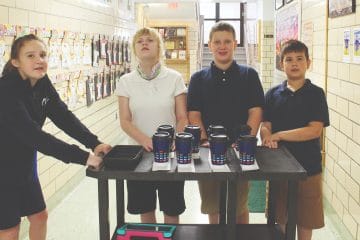