Indiana’s passage of a Religious Freedom Restoration Act last week has created havoc and been met with loud opposition from gay rights activists. But a poll this month found that most Americans agree with such religious freedom laws.

Fifty-four percent of respondents to a Marist Poll survey, commissioned by Catholic News Agency, support or strongly support First Amendment religious liberty protections or exemptions for faith-based organizations and individuals, “even when it conflicts with government law.”

About 65 percent of Marist Poll respondents opposed or strongly opposed penalties or fines for individuals who refuse to provide wedding-related services to same-sex couples “even if their refusal is based on their religious beliefs.” Only 31 percent supported or strongly supported such penalties.

The results of the poll were released in mid-March. In the days that followed, religious liberty became a heated issue, particularly surrounding the March 26 signing of the Indiana Religious Freedom Restoration Act. The state’s governor, Mike Pence, said that despite media hype, the law is not based on anti-gay discrimination, but on a 20-year legal precedent of protecting the rights of religious individuals and charitable organizations.

The legislation declares that state and local governments may not “substantially burden” a person’s right to the exercise of religion, unless it is demonstrated that doing so is “essential to further a compelling governmental interest” and uses “the least restrictive” means to further that interest.

While that law was originally intended to apply to both federal and state government actions, the Supreme Court ruled in 1997 that is applied only federally. Subsequently, 19 states passed their own versions of the law, explicitly applying it at the state level as well. President Barack Obama, who was at that time a state senator, voted in favor of the Illinois Religious Freedom Act in 1998.

The Indiana bill, however, triggered an intense reaction as it was signed into law, with news reports depicting it as “anti-gay” and critics claiming it would enable discrimination.

Wealthy business interests threatened consequences for the state. The CEO of Yelp said the company would not expand in Indiana. Marc Benioff, CEO of the software company Salesforce, canceled company events in Indiana. Apple CEO Tim Cook criticized the legislation, while the president of the NCAA, which will host the Final Four college basketball tournament in Indianapolis, warned that the legislation might affect future events.

Several celebrities also criticized the bill and a hacker briefly took down the State of Indiana’s website in apparent retaliation for the signing of the bill into law, the Indiana NBC affiliate WTHR reported.

But backers of the bill say critics are just plain wrong about its application. They point to nearly identical laws that are already in place at the federal level and in more than one-third of states nationwide, saying that the last two decades have shown that these laws have been used not to discriminate against gay individuals, but to protect religious rights.

Despite the loud outcry over the Indiana legislation, the Marist poll found that religious liberty wins in the court of public opinion.

Among its other findings: most Americans also reject penalties for public officials with reservations about taking part in same-sex ceremonies.

Fifty-eight percent of respondents opposed or strongly opposed penalties or fines for public officials who refuse to perform same-sex “marriages” even if their refusal is based on religious beliefs.

To see full results of the poll, visit: http://maristpoll.marist.edu/313-tolerance-for-religious-rights/

Blood of the martyrs sustains the Church, Pope reflects 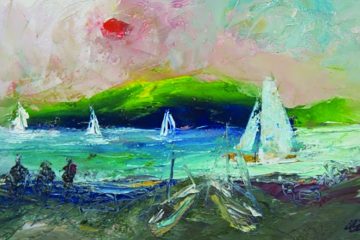