Is the Eucharist the “Real Presence”?

This column first appeared in our July, 2018 print issue

Q: What does the church teach concerning transubstantiation? Is the current teaching of the Catholic Church that through the consecration of the Eucharist we receive the real presence of Christ, or a symbolic presence?

A: Very frequently it is thought that key Catholic teachings have been altered, usually because of a subtle change in language or emphasis, or a misunderstanding of the development of Catholic theology since the Second Vatican Council. One such teaching that appears less clear to many Catholics is eucharistic transubstantiation — the church’s term for describing the transformation of the bread and wine at Mass into the body and blood of Jesus.

Jesus himself witnessed to this reality when He instituted the Eucharist at the Last Supper, saying: “Take and eat; this is My body” (Matthew 26:26). He encouraged His followers to continue to offer the sacrificial meal, which we call the Mass. For as St. Paul said, “As often as you eat this bread and drink the cup, you proclaim the death of the Lord until He comes” (1 Corinthians 11:26).

Theology grasps for words to describe God and the workings of God in the world. From the beginning of the church, there is evidence that Christians believed in the Real Presence of Christ in the Eucharist, but the words chosen to describe the change were not always uniform. St. Justin Martyr, writing around 155 A.D., referred to it
as “transmutation:” “For not as common bread and common drink do we receive [the bread and wine]; but … the food which is blessed by the prayer of His word, and from which our blood and flesh by transmutation are nourished, is the flesh and blood of that Jesus who was made flesh” (“First Apology”).

Medieval theology developed a more precise understanding of the Eucharist based on Aristotle’s philosophical terminology – that matter includes “substance” and “accidents.” The substance is a thing’s essential qualities; the accidents are those qualities that do not change its substance (color, weight, shape, texture). The church’s understanding of transubstantiation relies on this philosophical language, asserting that when the priest at Mass prays the words of consecration, the bread and wine are transformed into the substance of the body and blood of Christ even though the accidents of the bread and wine remain.

At the time of the Reformation, the doctrine of transubstantiation was called into question by the Reformers. While Luther held to a belief in “consubstantiation”— an understanding that there was a true physical presence of Jesus, but the bread remained, too — other reformers such as Zwingli and Calvin held more radical views.  They believed that there was no physical change to the bread and wine, but that Jesus was present to believers whenever they gathered for worship. This view of the symbolic presence of Jesus is held by many Protestant believers today.

The church teaches that while Christ is present in different ways, He is uniquely present in the Eucharist. His presence is a real and substantial presence that begins at the moment of consecration and continues as long as the eucharistic species remain. While the precise terminology has developed over the centuries, the church has always believed that Jesus is present in the Eucharist, not a symbolic presence, but a real, substantial one.

Father Endres is dean of Mount St. Mayr’s Seminary of the West and the Athenaeum of Ohio. Send your question of faith to [email protected]

Is the Eucharist the “Real Presence”? 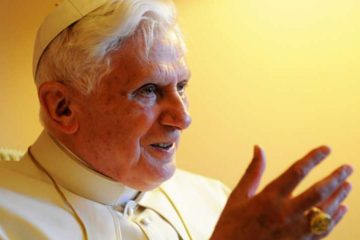