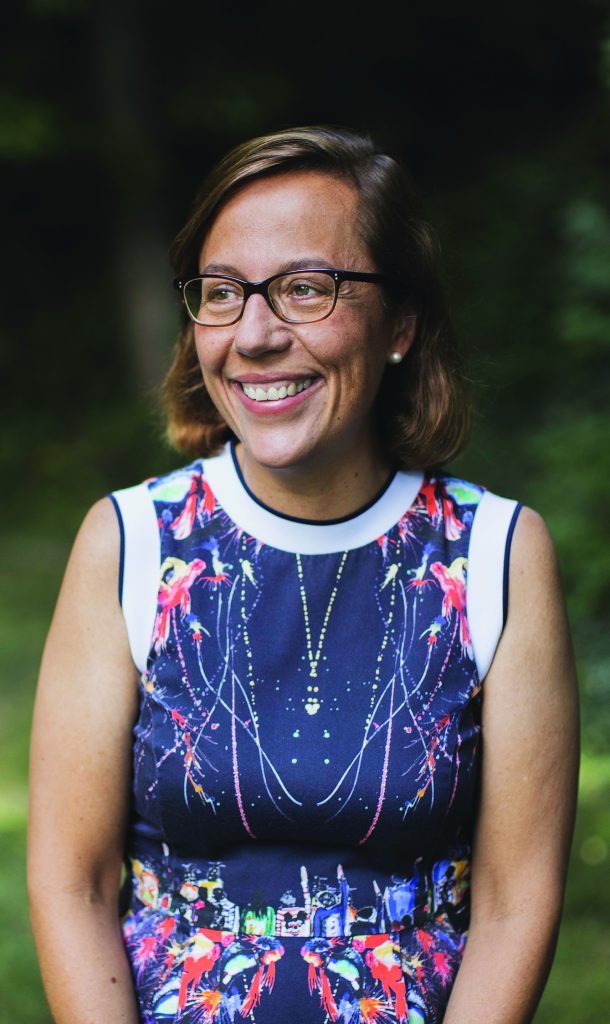 When Isabel Mendez came to Cincinnati from Mexico City in 2008 with her husband and young daughter, her coworkers at Procter & Gamble told her about their volunteer work at Su Casa Hispanic Center. She decided to look into it.

“This was totally word of mouth,” said Mendez. “They were speaking highly of the mission of Su Casa and what Su Casa was doing that got me interested, and since then I have not stopped.”

Su Casa is a program of Catholic Charities of Southwestern Ohio (CCSWO) and provides social, education and health services to the Hispanic/Latino immigrant population. The goal is to help people overcome poverty, become self-sufficient and create a better way of life.

For the last two years, Mendez has volunteered on the Su Casa advisory council and is the current co-chair, but there isn’t an aspect of volunteer work she won’t tackle.

She listens to the concerns of Spanish-speaking parents as she helps them fill out forms for their children and registers families at health fairs. She helps coordinate activities at a summer camp for kids to meet others like themselves and help them become more fluent in English. Her favorite, though, is the annual Adopt-a-Family Christmas event for which she helps find sponsors so every family receives gifts from Santa Claus.

“It broke my heart when the lists from families requesting gifts for their children were shoes, underwear, jackets – things that you would not be asking Santa to bring you,” she said.

Slowly, the lists have begun to change to include dolls, footballs and toys. She’s seen some of the children she first met grow into confident and happy teens.

“This is not work that you do and goes away. It is work that has a tremendous impact in someone’s life,” said Mendez. “The gratitude that these families demonstrate and show you when you do this work is simply invaluable.”

Invaluable is an ideal word to describe Mendez, too.

“She’s been very involved in a leadership role and fundraising efforts,” says Giovanna Alvarez, director of Su Casa. “Her expertise and her professional experience advance the mission of Su Casa. She is a professional Latina woman, a very busy woman, but she doesn’t forget the community.”

Mendez organized a forum at Good Shepherd parish in Montgomery, where her family attends, to spread the word about the work Su Casa does, raise money and recruit volunteers. There is always a need for volunteers.

“If they would just do it one time, they would immediately understand how powerful it is to help somebody else have an option in life,” she explained. “So if I can get people to try it once, then I know we can retain them.”

There is plenty of work for them to do and volunteers don’t necessarily have to speak Spanish.

“I think the reason I’ve done it so many times for so many years, you cannot let go,” said Mendez. “It is so important and you’re making an impact, and it’s impossible to deny that there are people who need your help out there.”