A rose named for the late Pope St. John Paul II has been included in a renovation of the White House Rose Garden.

The Pope John Paul II rose, a white tea rose cultivar, is included in a redesign of the Rose Garden overseen by First Lady Melania Trump, which was unveiled Aug. 22. Other roses included in the garden redesign are the JFK rose cultivar and the Peace rose.

The Rose Garden, a space of about 1,700 square feet, sits outside the Oval Office. It was first designed and planted in 1913 under the direction of First Lady Ellen Wilson, and a 1961 redesign was overseen by First Lady Jacqueline Kennedy.

The Pope John Paul II rose was bred by American horticulturist Keith Zary in 2006. It has since been planted in the Vatican Gardens. The rose, which produces large white blossoms, is said to be among the most fragrant of rose cultivars.

The Rose Garden redesign was paid for with private donations. According to the Washington Post, the redesign was necessary because the Rose Garden had drainage problems, boxwood blight and other issues with plant disease, and problems for some plants caused by the shade of a large willow oak tree, which casts some parts of the garden into shadow. The new design is reported to accommodate the shade patterns.

Melania Trump will deliver remarks on Tuesday to the Republican National Convention, live-streamed from the Rose Garden.

Detroit man thought he was a priest. He wasn't even a baptized Catholic

Catholic priest reveals role in DC aborted babies case: ‘I buried them myself’ 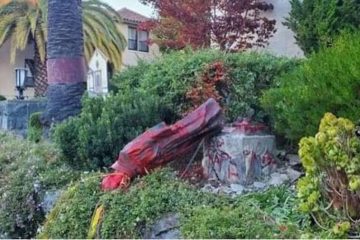