For nearly 140 years, the Knights of Columbus (KC) have been an important part of the Catholic community. They have evolved from offering a version of term life insurance for individual communities in the 1880s, to an international organization with a dual focus.

“It’s really two organizations in one,” said Father Dale Peterka, chaplain of the Knights of Columbus Greater Cincinnati chapter. “It’s a local group for men from your parish who are active together, and it’s this great big international corporation and insurance company. It went from helping ourselves to helping the world around us.”

The organization is still true to its roots as an insurance company and is one of the largest in the world.

There are nearly 50 parish-level Knights of Columbus councils in the Cincinnati chapter and almost 30 in the Dayton chapter. There are dozens of other councils along the northern and eastern edges of the archdiocese, including in Mercer and Clark counties to the north and Highland and Brown counties to the east.

There are 1.9 million members around the world who are a part of 15,900 KC parish councils, and more than 300 college councils. They donated more than $180 million to charity in 2018, and volunteered more than 76 million service hours in support of those charities, according to the Knights of Columbus Support the Church and Communities National Knight of Columbus in New Haven, CT.

“Regardless of how or who the Knights serve, it’s the chance to help those who are unable to help themselves and to be of assistance to the sick or disabled. That is at the heart of what being a Knight is all about,” said Carl Anderson, National Knights of Columbus Supreme Knight.

Father Peterka said Knights of Columbus councils and chapters are a vital part of the community, and those who make up the councils are vital to the organization.

“It’s an organization for active Catholic men. We work together, play together and pray together,” said Father Peterka.

Knights can achieve up to four degrees, which are principles of the order. The first three degrees are dedicated to charity, unity and fraternity, which all Knights must achieve.

The Fourth Degree, which is dedicated to patriotism, is optional. Members of the Fourth Degree join assemblies that are separate from councils. Fourth Degree Knights are the most visible of the order as they form color guards and participate in various Catholic ceremonies and parish and civic events, such as First Communions and funerals.

But local councils are faced with a membership predicament many service organizations continue to face.

“The next generation is a very difficult group to sell,” said Ernie Prater, Financial Secretary of the St. Lawrence Council and Navigator of the St. Isaac Jogues Assembly.

The other issue the Knights face is their aging membership.

“Knights are getting a little bit older,” Prater said. “Councils are fairly strong, but they are losing some members.”

While Father Peterka said they “haven’t cracked the code yet” on how to attract younger members, Anderson said men who choose to become Knights “are generous, and their impact is immense.”

Second Degree: Unity. Members support one another through encouragement of brother Knights, working to make life better in parishes and communities.

Third Degree: Fraternity. Knights watch out for each other and take care of one another. The Knights were founded, in large part, in the 1880s to assist the widows and children left behind when the family breadwinner died.

Fourth Degree: Patriotism. Members who attain this degree are often the face of the Knights of Columbus, participating in community events and Catholic ceremonies. Among others, Knights in this degree promote and strengthen the patriotic spirit of the civic community. 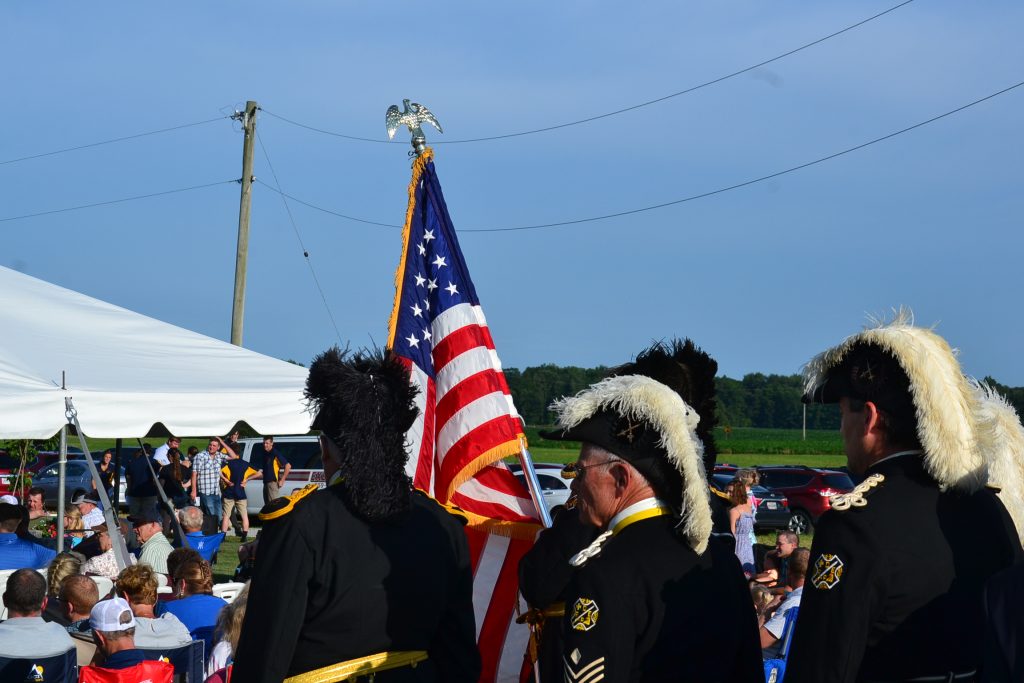 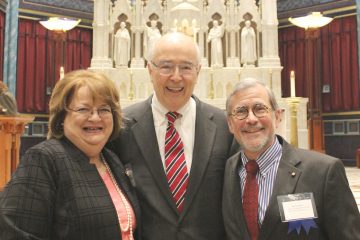