McLaughlin, who is the President of the Southwest Ohio Football Coaches Association (SWOFCA), comes to La Salle after spending 2016 as the head coach at Princeton High School where he led the Vikings to a 6-4 record as the lone Division 2 member of the Greater Miami Conference (GMC). It was Princeton’s first winning season since 2011.

“McLaughlin has a track record of success,” said Keith Pantling, La Salle’s Athletic Director. “He’s a man of faith and is equipped with head coaching and GCL experience, as well as experience in Catholic education. He understands the values, traditions and expectations of leading a football program at a school like La Salle. McLaughlin is the ideal candidate to build upon the strong tradition of football at La Salle and the mission of developing our student-athletes in mind, body, and spirit.”

McLaughlin is excited to return to the GCL. He is a 1996 Moeller graduate with 3 years of varsity athlete experience in football and baseball. He also served as the offensive coordinator from 2006 to 2014 where he played an integral role of winning back-to-back Ohio Division 1 State Championships in 2012 and 2013.

“My family and I are very excited to join the La Salle community,” says McLaughlin. “I’m extremely grateful for this opportunity and look forward to working with the men of La Salle on and off the field”

McLaughlin was the head coach at Reading High School for the 2014 & 15 seasons. Before Moeller, he was the defensive coordinator and taught at Haywood High School in Brownsville, TN from 2003-2006. His coaching career began as a graduate assistant with the University of Memphis from 2000-2003 where he earned a Master’s degree in Instruction and Curriculum Leadership.

McLaughlin earned a Bachelor’s degree in Education from the University of Dayton where he was also a member of the football team from 1996-2000.

“We are very excited to have McLaughlin as our next head football coach,” said Aaron Marshall, La Salle Principal. “His expectations for success in the classroom, on the football field and beyond will drive our student-athletes to reach their full academic, athletic and spiritual potential. The entire La Salle community is gaining a great teacher, coach and family man in McLaughlin.”

McLaughlin and his wife, Layne, have four children: Patrick, Jack, Brooks, and Nora. They are proud members of St. Susanna’s parish and reside in Liberty Township.

McLaughlin’s appointment as head football coach is pending Board approval.

La Salle is located at 3091 North Bend Road in Green Township and has served students from the Greater Cincinnati area since 1960. The school website is www.lasallehs.net. 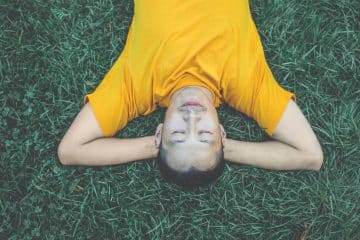