Lay Perspective: A declaration of dependence 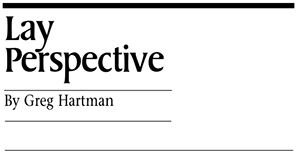 There are many milestones in life where we celebrate the individual. Graduation day is filled with a sense of accomplishment. When you get a promotion at work, or accomplish a long project, it’s easy it say “I did it!”

We’re conditioned to our individuality. In the late 1980’s though, a very wise Franciscan told me that was all balderdash (his exact words). Fr. Bart Pax was at St. Anthony Friary and we would have long, sometimes lively discussions.

As we celebrate the nation’s independence from Great Britain, I thought it was a good time to remember Fr. Bart and being dependent. He always told me “You cannot do it alone” and I was like, dude, you’re so wrong. We would get into a great argument about materialism, and sometimes I would take that as an offense to capitalism. He also said to be catholic you must be counter cultural and I often thought that was balderdash, because we’re a Christian society.  Yet there’s a great difference in a secular freedom, and Christian freedom.

Pope John Paul II said “Freedom consists not in doing what we like, but in having the right to do what we ought.” That’s the paradox for the American Christian. We like to think that we’re free to do what we want, when we want to do it. Yet, the truth is we must submit to Christ and pledge our dependence to him, which may not be what we think of freedom.

The next issue is natural law versus law. The founders wrote in The Declaration of Independence:  “We hold these truths to be self-evident, that all men are created equal, that they are endowed by their Creator with certain unalienable Rights, that among these are Life, Liberty and the pursuit of Happiness.” We’ve read or heard this many times over the course of our lives but as we celebrate the nation’s birthday, we celebrate the freedom “endowed by their Creator”. St. Paul wrote:  “For freedom Christ set us free; so stand firm and do not submit again to the yoke of slavery. For you were called for freedom, brothers and sisters. But do not use this freedom as an opportunity for the flesh; rather, serve one another through love.” Gal 5: 1

Every day we’re tempted by something for the opportunity for the flesh. For those that are calorically challenged, one hour of television will have many commercials about food. Drive down the highway and they’ll be billboards with scrumptious looking food, or on the side of a bus an advertisement for a juicy steak. There are thousands of other temptations lurking and opportunity for the flesh abounds everywhere. The only way to combat those temptations is our dependence on Christ.  Pope John Paul II also said “When freedom does not have a purpose, when it does not wish to know anything about the rule of law engraved in the hearts of men and women, when it does not listen to the voice of conscience, it turns against humanity and society.”

As we fire up sparklers or watch a fireworks display celebrating freedom, it’s a chance to make our declaration of dependence with Christ. No matter if you’re a CEO, CFO, factory worker, truck driver, server; we’re called to that dependence.  We cannot do it alone, which may be counter to what we were taught. So Fr. Bart in his kind, gentle way was right. It’s not easy being counter cultural, but with dependence on the Lord, the vision is clearer. We’re not called to judge, we’re called to live and love in Christ’s name. So if you want to be real cool, depend on the Lord to show you that road.

In this year of faith we can celebrate our dependence.  In some way, we are prisoners of sin and selfishness. We can unshackle our bond of sin through the sacrament of reconciliation: freeing ourselves from our bonds of sin and past regrets. We armor ourselves with the Body and Blood of our Lord Jesus Christ: he gave us true freedom through his sacrifice.  So in this 237th year of these United States, Let freedom ring by making your declaration of dependence!

For Hartman, conversion has been a life-long experience

Lay Perspective: Life is the unexpected, but we can prepare to face it

Lay Perspective: A declaration of dependence 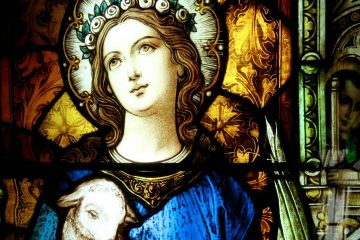