Maronite Father Fadi Daou, chairman of Adyan, a foundation for interfaith studies and spiritual solidarity based in Lebanon, told Catholic News Service that he hopes the meeting will be the forerunner to a “new dimension of interreligious relations.”

Mohammad Sammak, secretary-general of Lebanon’s Christian-Muslim Committee for Dialogue, said the meeting likely would “open a new page of cooperation on the basis of building real citizenship — equal citizenship — between Christians and Muslims all over the Middle East.”

“For sure this is a very important meeting, not only because it is the first of its kind in history that the grand imam of al-Azhar visits the Vatican and is received by the Holy Father, but the timing in itself is very important,” Sammak said.

“First, because it came after a misunderstanding between al-Azhar and the Vatican and secondly, because Muslims are in urgent need to show the whole world that Islam is open and to clarify the bad image of Islam that has erupted because of the incidents in the Middle East,” Sammak said.

Established in 1998, the formal dialogue between al-Azhar and the Vatican started to fray in 2006, after now-retired Pope Benedict XVI gave a speech in Regensburg, Germany. Al-Azhar officials and millions of Muslims around the world said the speech linked Islam to violence.

Al-Azhar halted the talks altogether in 2011 after the former pope said Christians in the Middle East were facing persecution.

Sammak emphasized that the Vatican took the “initiative to make this meeting happen” May 23.

Father Daou said although no common declaration was issued, the meeting “in itself is a symbol, after 10 years of distance and in a current context of a rise of extremism, as it joins the grand imam of al-Azhar, known for his openness to Christianity, and a pope that has taken positions toward overcoming Islamophobia and welcoming Muslims.”

“The meeting’s agenda indicates that the concern for peace and security prevailed in the discussion, more than the interfaith and Christian-Muslim dialogue and relations,” Father Daou said from Istanbul, where he was attending the World Humanitarian Summit.

Al-Azhar is considered the most authoritative theological-academic institution of Sunni Islam.

Father Daou said he hoped the meeting would reactivate the relationship between al-Azhar and the Vatican, to consider “the most pressing questions today, namely the preservation of living together and the promotion of the values of citizenship inclusive of religious and cultural diversity. This should help in transforming the common principles and concerns declared at the meeting to a common agenda for collaboration.”

The priest noted that “al-Azhar has been working for … years in the direction of new Islamic positions concerning state, religion and politics and diversity.”

“Collaboration with the Vatican on this level can only add to the weight of the positions promulgated by this most important Islamic Sunni authority worldwide,” he said.

Both men pointed to a December 2014 al-Azhar conference on confronting extremism and terrorism. Father Daou said the conference “clearly opted for citizenship and democracy and not for a Muslim state, stating that ‘any political system that fulfills … primordial human values … is a system that receives legitimacy from the sources of Islam.'”

Sammak said the conference discussed “how we can build our societies again and how we can fight together — Christians and Muslims — extremism and terror in the Middle East, which is targeting Christians as well as Muslims.”

“That’s why I hope this meeting (at the Vatican) will open a new page between the two institutions — the Vatican and al-Azhar,” he said.

Sammak referred to the May 23 meeting as “the fourth opportunity.”

“There have been three previous opportunities that Muslims did not deal very well with,” he said, calling the first opportunity the Second Vatican Council.

“Vatican II opened new bridges with Islam. But the Muslim world did not realize the importance of this initiative then,” Sammak explained.

The second opportunity, Sammak said, was when St. John Paul II convened the 1995 Synod of Bishops for Lebanon.

“The document that came out of the synod about Lebanon is not (only) about Lebanon itself, but about Lebanon as a message of coexistence for the Arab world. This wasn’t really well understood and well-received,” Sammak said. He said the third opportunity was the 2010 Synod of Bishops on the Middle East.

Sammak said he hopes Vatican II documents “will be reread and implemented, and Muslims should really understand their relations with the Vatican …. The two synods — about Lebanon and the Middle East — are very essential and very important in the sense that there are many key positions that we should know and understand and build our own future accordingly.” 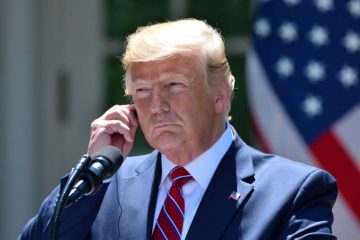