At a recent conference, Lech Walesa, a friend of St. John Paul II and a key player in the defeat of Soviet communism in Poland in the 1980s, exposed the lies of the ideology that has claimed the lives of millions of people around the world.

The former president of Poland, Walesa was in Mexico to participate in the first Conservative Political Action Conference in the country.

In a Nov. 19 interview with ACI Prensa, CNA’s Spanish-language sister news agency, the 79-year-old Polish leader explained why communism has to resort to police-state methods and persecution to maintain control of its population.

Walesa, who was awarded the Nobel Peace Prize in 1983, said that communism “doesn’t have a good program” and “doesn’t come with good ideas.”

“It has slogans and nothing else, and that is why it can’t manage without force, without an army, without special forces,” he explained.

Walesa noted that “the leftists have taken over this attitude of taking care of the people, of helping the poor,” but it was just talk, he said.

“Beware of slogans, because they always propagate them, but they never keep their promises. They have never fulfilled them and they’re not going to fulfill them,” he stressed.

The ideals of communism, he warned, “seem very good, but I have never seen the promises fulfilled.”

Noting that he lived for decades under communism, Walesa said that “I know it well.”

In the 1980s Walesa was a shipyard electrician and co-founder of the Solidarity trade union whose efforts eventually led to the demise of communism in the country.

A 2017 Wall Street Journal article estimated that over a 100-year period the communist regimes of the Soviet Union and its allies such as China, Cuba, North Korea, Vietnam, and Cambodia were responsible for about 100 million deaths.

In his 1937 encyclical Divini Redemptoris, Pope Pius XI stated that communism “conceals in itself a false messianic idea. A pseudo-ideal of justice, of equality and fraternity in labor impregnates all its doctrine and activity with a deceptive mysticism, which communicates a zealous and contagious enthusiasm to the multitudes entrapped by delusive promises.” 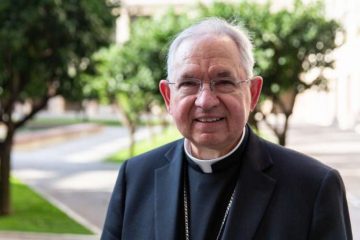