The use of puberty blockers on self-identified transgender children and teens has drawn scrutiny in a recent New York Times article, and other commentators echo its concerns that the treatments lack strong evidential grounding and may even be harmful.

“Many physicians and scientists have serious concerns about the use of puberty blockers for the treatment of gender dysphoric youth but are afraid to voice these concerns due to the politicization of this area of medical practice,” Dr. Paul W. Hruz, an associate professor of pediatrics at Washington University School of Medicine in St. Louis, told CNA on Nov. 16.

“There is an urgent need for higher-quality scientific investigation of relative risks versus purported benefit of the use of puberty blockers to alleviate suffering in people who experience sex-discordant gender identity,” Hruz added. “It is likely that many children with gender dysphoria who are given puberty blockers are unaware of the potential harms and lack of solid evidence for the long-term safety and efficacy of this intervention.”

Hruz spoke in response to the Nov. 14 New York Times article headlined “They paused puberty, but is there a cost?” The article reported that the use of the drugs is usually framed as a safe, reversible option but questioned whether this is accurate. Puberty blockers are used before a final decision on whether to pursue more medical procedures that purportedly result in gender transition. Despite being in use for 30 years in various countries, there are “varying protocols, little documentation of outcomes, and no government approval of the drugs for that use, including by the U.S. Food and Drug Administration,” the Times said.

The drugs have become more commonly prescribed as the number of self-identified transgender adolescents has increased. The Williams Institute, an LGBT research center at the University of California-Los Angeles law school, estimated in June that as many as 300,000 young people in the U.S. aged 13 to 17 identify as transgender, double its previous estimate in 2017. Another phenomenon is a growing group of youths who identify as nonbinary and do not want to mature into either sex.

Drugs prescribed as early as age 8

When Dutch doctors first pioneered the use of the drugs, they warned of “false positives” in which patients medically transition but later cease to identify as transgender. These cases also are not tracked, though many practitioners think the case numbers are small, the Times reported.

The puberty-blocking drugs do seem to help address some patients’ gender dysphoria, the perception that one’s birth sex does not match one’s perceived gender identity.

The drugs are prescribed as early as age 8 so that self-identified transgender patients can begin hormones at age 12 or 13. However, puberty can help clarify self-perceived gender, and patients could be making life-altering choices prematurely.

The best-known puberty blocker, Lupron, is produced by the Illinois-based company AbbVie. Lupron and similar drugs act by suppressing estrogen and testosterone, which can affect the bones, brain, and other body parts of young people. The drugs are not FDA-approved for use on transgender-identifying children and teens, and there is evidence of potential harm, the Times reported.

Among those who have used the drugs, bone strength analysis finds that their bone growth does not fully rebound. They could face more risk of debilitating bone fractures at earlier ages, in their 50s instead of their 60s. Patients who already have weak bones could face immediate harm. The problem is particularly severe for those who try to transition from male to female.

Some researchers and doctors voiced concern that puberty blockers’ interference with hormonal development could disrupt mental growth and brain development in areas such as critical thinking, sophisticated self-reflection, social skills, and problem-solving skills.

“Current clinical practice guidelines for the treatment of gender dysphoria are based upon low-quality evidence,” Hruz told CNA. “Contrary to assertions that there is a consensus among medical professionals regarding the best approach to caring for children who experience sex-discordant gender identity, there is a growing realization that many who have received gender-affirming medical interventions continue to suffer from depression, anxiety, and other psychological morbidities.”

“Several European countries (including Sweden, Finland, and the United Kingdom) have recognized the poor quality of scientific evidence for the affirmation-only approach to treating sex-discordant gender identity,” he added. “These countries have acknowledged that this approach remains experimental. With the current evidence, they have moved to a much more cautious approach that involves primarily efforts focused on psychological support.”

The practice in the U.S. has become especially politically polarized. Some critics portray gender transitions of minors as inherently lacking informed consent, while others see it as child abuse or even mutilation. There are some efforts to proscribe these procedures by law.

Some fringe actors have allegedly made threats against institutions that carry out these procedures. The American Medical Association, the American Academy of Pediatrics, and the Children’s Hospital Association in an October letter asked U.S. Attorney General Merrick Garland to investigate “attacks” allegedly “rooted in an intentional campaign of disinformation, where a few high-profile users on social media share false and misleading information targeting individual physicians and hospitals, resulting in a rapid escalation of threats, harassment, and disruption of care across multiple jurisdictions.”

For its part, the Biden administration has promoted gender transition treatments as a civil right. Its proposed Department of Health and Human Services rule would force hospitals and doctors to perform purported gender transitions or be charged with discrimination based on sex or gender identity.

Louis Brown, Jr., executive director of the nonprofit Christ Medicus Foundation, told CNA that the New York Times article is an “important moment” in the debate over whether federal or state governments or medical associations can coerce these procedures or make them a part of standard care.

“The New York Times article illustrates that the Biden administration and the U.S. Department of Health and Human Services have no business mandating transgender procedures, especially in light of growing medical concerns and tragic patient stories about puberty blockers causing damage to the physical health and well-being of young persons,” said Brown, whose organization’s mission includes advocacy of religious freedom in medicine.

“This article underscores what has been true all along: opposition to transgender procedures is not based on animosity or bigotry but rather on sincere love and compassion for the health of patients who deserve truly medically sound and ethically based care,” he said. 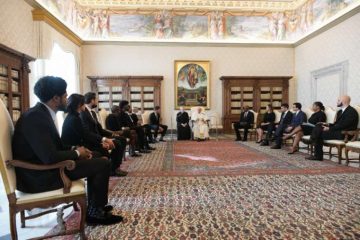