January 26, 2022
Home»Commentary»Seize the Moment: Failure and Freedom on the Road to Easter
Commentary/Home Page

By the time you read this, I will be two months into Exodus 90. I’ll also be hungry – very, very hungry.

In case you’re wondering, no, there are not 90 chapters in the Book of Exodus. Exodus 90 is a 90-day spiritual exercise for men, a kind of personal exodus from the bondage of sin to freedom in God. My 90 days started on Jan. 13, which means they end on Easter Sunday, the day the whole Church celebrates salvation and new life.

The Long Road Ahead
This spiritual exercise is like a prolonged Lent. It’s a time of both radical self-denial and radical love. It’s also no joke. Here’s a list of the sacrifices we’re supposed to embrace during the 90 days:

• Take short, cold showers.
• Practice regular, intense exercise (at least three days a week).
• Get a full night’s sleep (at least seven hours).
• Abstain from alcohol, desserts and sweets (including soda and sweet drinks).
• Abstain from eating between meals.
• Abstain from television, movies, televised sports and video games
• Abstain from non-essential purchases.
• Only listen to music that lifts the soul to God.
• Only use the computer and mobile device for essential tasks.
• Make Wednesdays and Fridays days of fasting and abstinence.

Along with these sacrifices are ways we are encouraged to grow in holiness and fellowship:

• Pray one hour a day, 20 minutes of which are in silent contemplation.
• Attend one extra Mass each week.
• Go to Confession regularly.
• Meet once a week with the men you are doing Exodus 90 with.
• Check in daily with your “anchor partner,” someone from the fraternity who will encourage you and hold you accountable.
• Read the daily Scripture passage and reflection from the Exodus 90 app.

Impossible, right? That’s what I thought. After just one week, I was with the guys trying to hold back tears as I lamented how much of a failure I was. “I can’t do this. I’m a slave to the world. I’m too weak and undisciplined.”

Facing My Failure
The Field Guide for Exodus 90 states it bluntly: “If you’re going to do Exodus 90, do Exodus 90. There is no ‘lite’ version.” I read that, looked at the disaster of my first week, and was convinced that I should just quit.

The guys could have shown me the door, and technically they would have been right. But instead, they showed me God’s patience and mercy.

“Nicholas, we’re just glad you’re here,” they said. “This isn’t about Exodus 90, it’s about growing in holiness. If it’s better for you to pick a handful of things and focus on that, then as far as we’re concerned, you’re still doing Exodus 90.”

Really? It’s okay to start small? I don’t have to be instantly perfect?

Turning Failure into Freedom
I’m trying to believe what they told me that day, but it’s not easy. Sometimes, I still hear a voice of condemnation in my mind. But, I banish it and focus on doing what I can. For me, right now, that means not eating between meals, not watching as much TV, getting a full night’s sleep and putting down my phone. I’ve been going to Mass on Tuesday. I’ve been fasting on Wednesday and Friday.

To my surprise, I’m not dead yet.

In fact, I’ve learned that it’s the “doing” that makes the “not doing” easier. In other words, as I commit to prayer, reflection and receiving God’s grace, He makes it possible for me to say no to my disordered appetites. He reminds me that this is not about me, it’s about Jesus working in me. In Him I’m not a failure and the more I detach from material things, the more room I make for Him.

I’m certain now that as long as I keep making Him room, when Easter comes I’ll have the satisfaction of knowing that God and I did something great together. 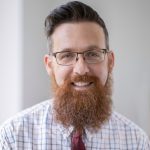 Nicholas Hardesty creates content and leads workshops for Contagiously Catholic, an archdiocesan initiative that seeks to empower parishes and schools to equip the laity for evangelization. [email protected]

Pope: Christians with humility, not grand titles, are the greatest ones