Jalen* opened one eye to see his younger sister sleeping on the cot next to him. He, his mother and his little sister came to live at the St. Vincent de Paul shelter after his mother’s new boyfriend began treating them badly. Jalen turned and looked at the clock on the wall. It was 5:15 am. He knew he would have to be up in 15 minutes, so he threw his legs on to the floor and sat up. He then carefully repositioned his sister’s Elsa doll back under her right arm.

Like all the school children in the St. Vincent de Paul shelter, Jalen and his sister had to be up by 5:30 a.m. on school days. This allowed them time to wash, dress, make their beds, eat breakfast and be out in front of the building to meet the bus. The shelter children are the first to get on the bus in the morning and the last to get off at the end of the day. This helps them avoid the stigma of living in a shelter. Jalen understands the rules and does not want to make their situation more difficult for his mom, so he dutifully goes through this routine each weekday. What he does struggle with is not being able to do anything about their circumstances.

The issues that brought Jalen and his family to the shelter were unique to their situation, but common factors for shelter residents involve alcohol, drugs, lost jobs, and, at times, even violence. There are many stories, but one consistent theme for these families is that their situation is not the fault of their children. Jalen carries the burden so many children in his predicament endure every day: a loss of hope.

Across town in Dayton, there is another child also getting ready for school. Before leaving, he grabs the simple white plastic cross he began carrying a few weeks ago. He attends one of the local Catholic schools, and though he does not have to begin his day at 5:30 a.m., one thing did change in his routine a few weeks ago: two representatives from St. Vincent de Paul Society visited his school and spoke about children living in a shelter across town.

They shared the story of what life is like for the nearly 100 children living there. They had pictures of the facility and stories written by the child residents. When the speakers concluded, they made a simple request of the students: would they be willing to pray each day for shelter children like Jalen?

The students could do this as part of their daily school prayer, and they could also pray at home each day. Individual classes were assigned names (aliases) to pray for, and they were given a little plastic white cross. That was when the entire school began praying daily for shelter children.

This program now includes six Dayton area Catholic schools. When it began five months ago, there were nearly 100 children in the Dayton shelter. The current number averages around 55.

When Kindergarten teacher Heather Ayers, from St. Brigid School in Xenia, was asked to describe the impact of the prayer teams on her students, she offered a simple story. Her student, Levi, came to school one day with two of his favorite books. He wanted to donate the books to the shelter for the child his class was praying for. He also explained how he asked his grandmother to call the shelter and volunteer to read to children there. When his grandmother inquired why, Levi said he wanted the person his class was praying for to have a normal life like his. That meant his grandmother would have to read stories to her, just like she did for him.

Ron Albino, the Principal of St. Peter Catholic School in Huber Heights, said of his school’s participation in the prayer teams, “It’s obvious that prayer works when exercised with a specific purpose and intent. When we as a community can impact the total number of homeless children – that is a tremendous feat. No money, just intentional prayers.”

One of the students at St. Peter School responded, “Wow, how amazing God is that He made that big a difference just by listening to us pray.”

If you would like to participate in this campaign of prayer, please contact Mark Danis at the St. Vincent de Paul Society in Dayton at [email protected]. 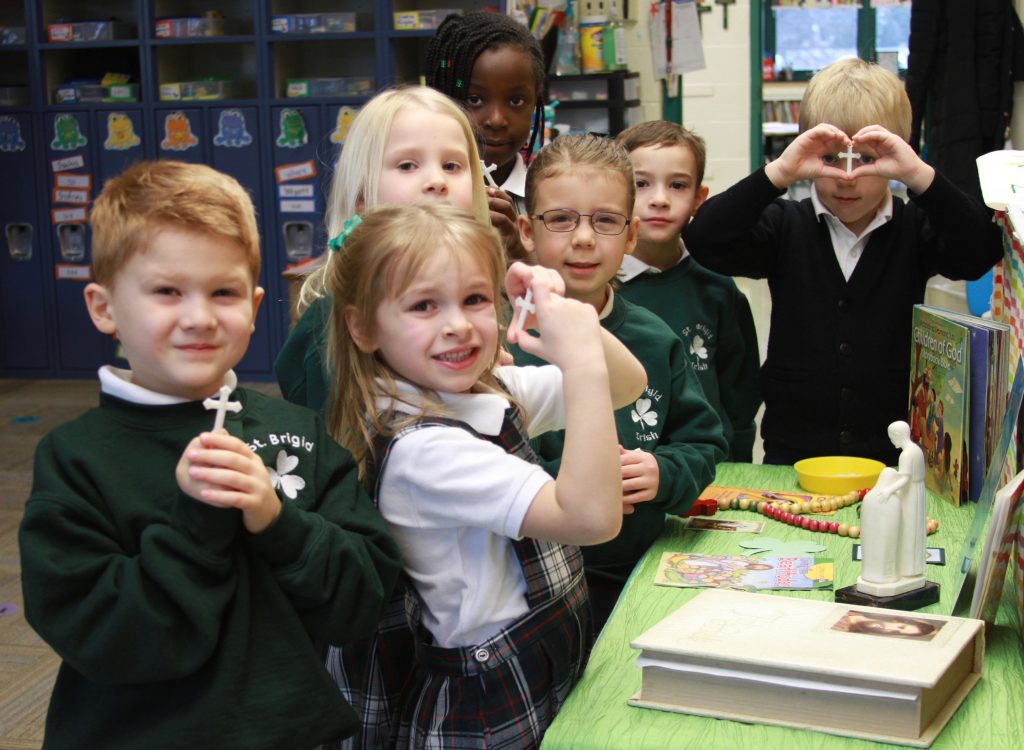 Lack of faith can impact validity of marriage, commission finds