Members of Congress want a vote to protect abortion survivors – will they get one?

Perhaps the last untold story of the American Civil War is the heroic work of Catholic chaplains and religious sisters who served on both sides of the conflict. While the story has been untold for well over a century, it wasn’t unwritten.

Irish journalist David Power Conyngham wrote a manuscript in the years after the war, but the author’s untimely death delayed publication. Thanks to the work of Father David Endres and William Kurtz, we can now read those stories in Soldiers of the Cross: The Authoritative Text.

On Sept. 16, Father Endres and Kurtz offered a presentation on the book at the Athenaeum of Ohio’s Bartlett Pastoral Center for a standing-room-only crowd. Father Endres is dean of Mount St. Mary’s Seminary and associate professor of Church history and historical theology. Kurtz is the managing director and digital historian at the John L. Nau III Center for Civil War History.

Soldiers of the Cross fills a void in Civil War studies. Power’s manuscript was the first to delve into the work of Catholic chaplains and sisters and its powerful effect on the lives of soldiers. After the author’s death, the manuscript found its way to University of Notre Dame’s archives where it remained, largely ignored, until Kurtz and Father Endres picked it up.

“We, as scholars and editors, have attempted to faithfully complete his work,” Father Endres said. “We both sensed a need in the field of Civil War scholarship that was unanswered at that time. The source material for Catholic priest chaplains and sister nurses was very limited. One of the things that is [Kurtz’s] larger project and also mine is to try and make Catholics’ story part of the larger American story. This kind of book will hopefully end up influencing how the Civil War is told by regular historians, not just Catholic historians.”

Father Endres and Kurtz first discussed the idea of publishing the manuscript in 2012. Noting it was “not in pristine condition,” the transcription, editing and annotation process took nearly six years.

“It’s part of our story that we can be rightly very proud of,” Father Endres said. “It’s a story I’m happy to tell and happy to help other people understand a little bit more.”

The book is available from the University of Notre Dame Press at UNDpress.nd.edu.

Five Things to Know About Soldiers of the Cross

1. The manuscript that became Soldiers of the Cross was written by David Power Conyngham, an Irish journalist, novelist and officer in the Union Army during the Civil War. He died of pneumonia in 1883, leaving the work unpublished until 2019.

2. More than 700 Catholic sisters were involved in caring for soldiers on both sides of the conflict. There were about 80 priest chaplains. The book tells the stories of 14 chaplains and six religious communities.

3. The first half of the book tells the stories of individual priest chaplains. Chaplains are seen rushing to be with their men in battle, breaking up card games, and in one case, escaping from an enemy camp where they’d been taken prisoner.

4. The latter part of the the book focuses on religious sisters. Many of these stories show the effects of evangelization by example.

5. Even at 536 pages, the book could have been longer. As the original author tried to discover the history of nuns who served in the Civil War, more than one community declined to cooperate out of a sense of humility, leaving their stories known only to God. 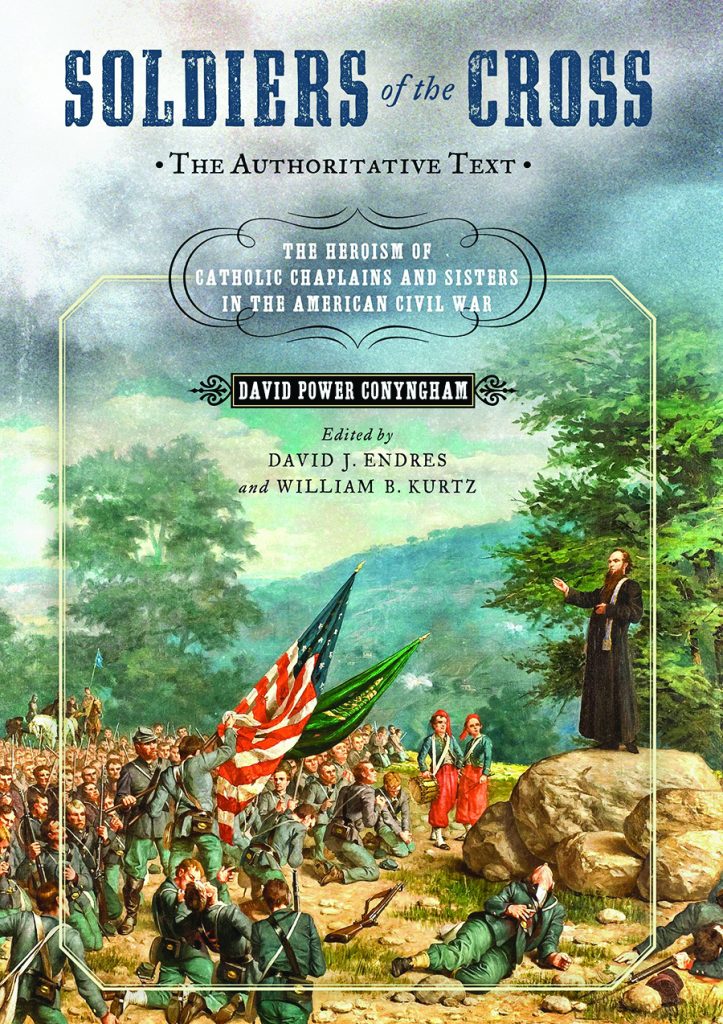 A question of Faith: When was the Church Born?