On March 27 the Catholic Church remembers the monk and bishop Saint Rupert, whose missionary labors built up the Church in two of its historic strongholds, Austria and Bavaria.

During his lifetime, the “Apostle of Bavaria and Austria” was an energetic founder of churches and monasteries, and a remarkably successful evangelist of the regions – which include the homeland of the Bavarian native Pope Benedict XVI.

Little is known about Rupert’s early life, which is thought to have begun around 660 in the territory of Gaul in modern-day France. There is some indication that he came from the Merovignian royal line, though he embraced a life of prayer, fasting, asceticism and charity toward the poor.

This course of life led to his consecration as the Bishop of Worms in present-day Germany. Although Rupert was known as a wise and devout bishop, he eventually met with rejection from the largely pagan population, who beat him savagely and forced him to leave the city.

After this painful rejection, Rupert made a pilgrimage to Rome. Two years after his expulsion from Worms, his prayers were answered by means of a message from Duke Theodo of Bavaria, who knew of his reputation as a holy man and a sound teacher of the faith.

Bavaria, in Rupert’s day, was neither fully pagan nor solidly Catholic. Although missionaries had evangelized the region in the past, the local religion tended to mix portions of the Christian faith – often misunderstood along heretical lines – with native pagan beliefs and practices.

The Bavarian duke sought Rupert’s help to restore, correct, and spread the faith in his land. After sending messengers to report back to him on conditions in Bavaria, Rupert agreed. The bishop who had been brutally exiled from Worms was received with honor in the Bavarian city of Regensburg.

With the help of a group of priests he brought with him, Rupert undertook an extensive mission in Bavaria and parts of modern-day Austria. His missionary journeys resulted in many conversions, accompanied by numerous miracles including the healing of diseases.

In Salzburg, Rupert and his companions built a great church, which they placed under the patronage of St. Peter, and a monastery observing the Rule of St. Benedict. Rupert’s niece became the abbess of a Benedictine convent established nearby.

Rupert served as both the bishop of Salzburg and the abbot of the Benedictine monastery he established there. This traditional pairing of the two roles, also found in the Irish Church after its development of monasticism, was passed on by St. Rupert’s successors until the late 10th century.

St. Rupert died on March 27, Easter Sunday of the year 718, after preaching and celebrating Mass.

After the saint’s death, churches and monasteries began to be named after him – including Salzburg’s modern-day Cathedral of St. Rupert (also known as the “Salzburg Cathedral”), and the Church of St. Rupert which is believed to be the oldest surviving church structure in Vienna. 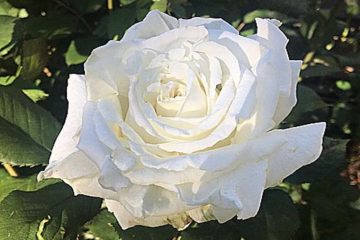