Marianist Father Robert Craig Jones was ordained a priest on Oct. 3, 2015, at Queen of Apostles Chapel in Dayton, Ohio. Archbishop Joseph Tobin, C.Ss.R, of the Archdiocese of Indianapolis, presided at the ordination.

A native of Fort Wayne, Indiana, Father Jones, 39, has a bachelor’s degree in math from the University of Dayton, a Marianist-sponsored university. Although he had met brothers and priests from the Society of Mary (Marianists) at UD, it wasn’t until he had graduated and was teaching high school that he began to consider a religious vocation.

He professed first vows as a Marianist brother in 2007 and perpetual vows in 2010. He has a master’s degree in pastoral ministry from Boston College and completed seminary studies at the Pontifical University of St. Thomas Aquinas in Rome.

Father Jones is spending a pastoral year at Our Lady of the Pillar Parish in St. Louis, Missouri.

Queen of the Apostles Chapel is a non-territorial Marian parish located on a 150-acre complex in Dayton, Ohio owned by the Marianist order.

Spiritual direction: What is it, who needs it, and why? 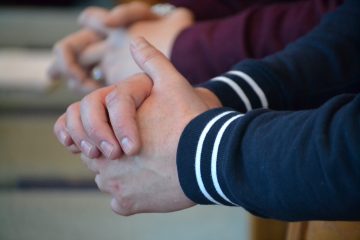