On Saturday, Nov 3, Tolton: From Slave to Priest is a new live theater production based on the life of Fr. Augustus Tolton, the first African American Catholic priest will be performed at the Cintas Center on the Xavier University Campus at 3:00 p.m.

On Sunday, November 4, the production moves to the University of Dayton in the Kennedy Union Ballroom at 3:00 p.m.

Both performances have free admission!

He was ordained in Rome on Easter Sunday of 1886 at the Archbasilica of St. John Lateran. Assigned to the diocese of Alton (now the Diocese of Springfield), Tolton first ministered to his home parish in Quincy, Illinois. Later assigned to Chicago, Tolton led the development and construction of St. Monica’s Catholic Church as a black “national parish church”, completed in 1893 at 36th and Dearborn Streets on Chicago’s South Side. 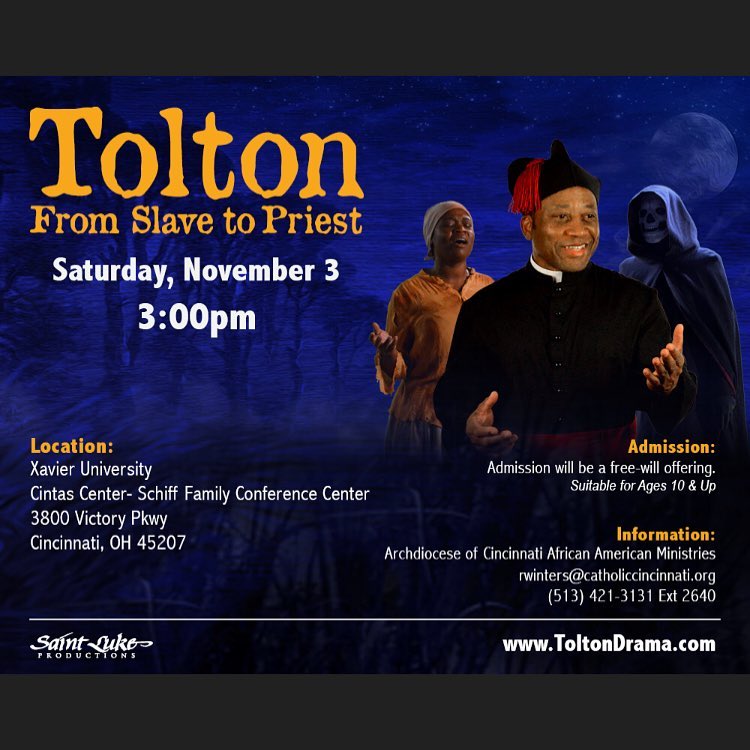 When violence pierce a regular work day in Cincinnati