Donatian and Rogatian were brothers who were martyred for their faith in the third century.

Donatian was the first to convert to Christianity, becoming an ardent witness to the faith after receiving baptism. His witness was said to be so inspiring that his brother, Rogatian, who had been indifferent at first, was moved by his example to convert.

However, the persecution of Diocletian was heavily underway at this time.

Both of the brothers were arrested before the bishop was able to baptize Rogatian. The brothers spent the night in jail together in prayer. The next day, after refusing to deny their faith, they were tortured on the rack, and then beheaded. Thus the baptism of Rogatian was a baptism of desire, that is, by the blood of martyrdom.

In the fifth century a church was built over the tomb where they were buried together. In 1145, the bishop transferred their relics to the Cathedral of Ostia.

Archbishop Cordileone responds to criticism that he's 'politicizing the Eucharist' 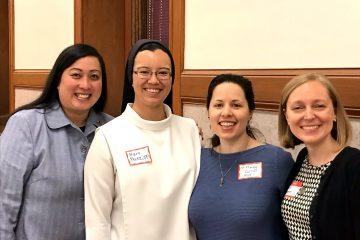