Looking forward to a late June ordination in Tulsa, Deacon Casal is the son of Ginnet Casal. He has a brother, Jesus Alberto, and a sister, Isabel.

Deacon Casal credits his mother with encouraging his vocation. “My mother was very influential in my discernment. She always taught me to follow the will of God in my life, even when it meant taking up the cross with Christ,” he said. “My pastor was a big influence in my decision to join seminary. He encouraged me to continue praying about it and, when I had felt peace in prayer, to join seminary.”

His journey started at the altar as a server. “I have been serving at Mass since I was six years old,” Deacon Casal said. “Being around solid priests and older acolytes who were discerning the priesthood at the time got me interested in discerning.”

“In high school, I began to properly discern by spending extra time in front of the Blessed Sacrament in silent prayer and by speaking to various priests about the stirrings in my heart. I eventually decided to join seminary the summer after high school,” he said.

Deacon Casal ran track and cross country in high school. “I still enjoy running and biking in my free time. One of my greatest passions is to play and watch soccer…” He also plays classical guitar.

Deacon Casal expects his ministry to be joyful. “The greatest joy will be to be able to share in the priesthood of Christ by offering sacrifice to the Lord in the holy sacrifice of the altar, by dispensing God’s mercy and justice in the sacrament of penance, by preparing and witnessing the holy union between man and woman, and by preparing parishioners for a holy death,” he said.

His ordination will be Friday, June 28th in Tulsa. 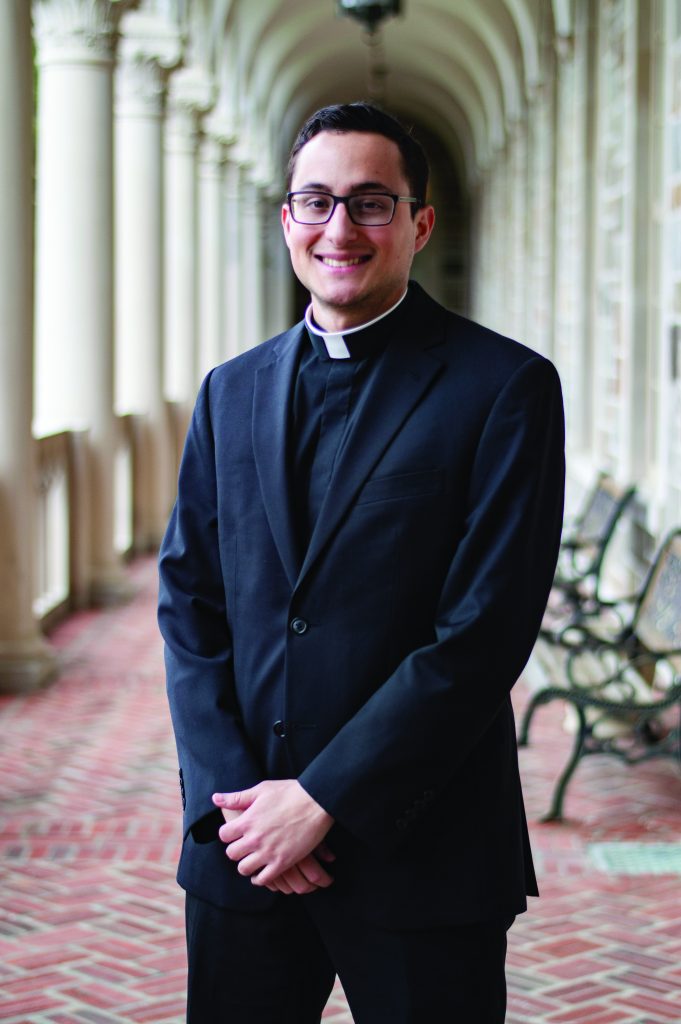