The son of Kay Connell and the late Bill Ketterlin, Deacon Kendall Ketterlin will be ordained in the diocese of Kansas City-St. Joseph, Mo., May 25.

He has one brother, Kevin, and is a member of Coronation of Our Lady Parish, Grandview, Missouri.

He attended University of Missouri, where he earned a bachelor’s degree in political science. He also attended St. John’s School of Theology and Seminary (Collegeville, Minn.), earning a master’s degree in pastoral ministry. In addition, he attended Catholic Theological Union, Chicago, and The Catholic University of America.

His vocation led him to offer this advice to others: “While I was helping with recovery efforts after Hurricane Katrina, a young girl who was overwhelmed by all destruction and work that needed to be done asked her dad, ‘Where do we start?’ He answered her quite simply, ‘Look down, and begin at your feet.’ Our vocation is much the same. So long as we keep an eye on where we stand and follow the Spirit in each moment, He will lead us to the life He has prepared for us,” he said.

Deacon Ketterlin’s journey has been a long one. “While working as the director of campus ministry, I began to realize that having committed my life as a lay minister still left something unfulfilled in what God was calling me to do,” he said. “I discovered that I would only be truly fulfilled if I gave my life entirely to Christ through either religious life or as a diocesan priest. I first joined the Missionaries of the Precious Blood, and then spent three years and professed vows with the Order of Carmelites.”

“While with the Carmelites, I found that I had the gifts suited for diocesan ministry and a strong desire for a more active life. I then joined the Diocese of Kansas City-St. Joseph.”

Deacon Ketterlin said the preparation for the priesthood has been complex. “In many ways, it is like a veil that has been hung over at this point of my life, serving both as a symbol attracting me forward, and a shield, preventing me from seeing what lies beyond,” he said. “I am intrigued to see what lies beyond this veil.” 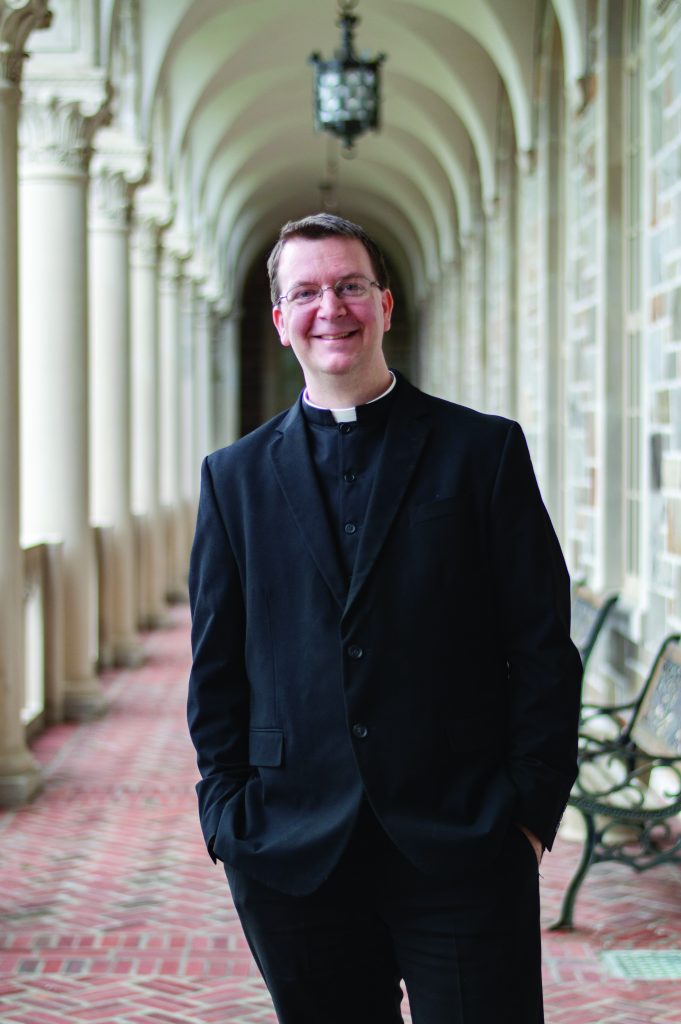