Deacon Simon Mino will be ordained June 15 in Kosice, Slovakia.

He is the son of Martin and Bernadeta Mino and his home parish is St. Joseph the Worker, Breznica, Slovakia. He has a married brother, Martin.

“My dream of priesthood started during my early days,” Deacon Mino said. “I pretended to celebrate Mass and hear confessions of my brother and parents. For the duration of high school, my desire to become a priest developed much stronger.”

His grandmother was a key influence on his vocation. “I was strongly influenced by my grandmother, who taught me the faith. I accompanied her to the Mass all the time and she talked to me about vocations,’ Deacon Mino said.

“I grew up in a small village is Slovakia. My whole childhood I spent in Stropkov-Sitník nearby the Polish border. My village has approximately 350 people and all of them are Catholics and devoted to the Church, including my own family,” he said. “My parents and I have always gone to the Church no matter what.”

“Throughout my childhood, I pretended to celebrate the Mass and my dream to become a priest grew stronger. I found old missals written in old Slavonic language in the attic of my house. I partly understood that language, but I said the Mass. My brother and cousins used to be my servers and lectors,” he said.

“We not only had fun but also grew in faith together. Until now, we are still close to each other and keep in touch,”

Deacon Mino treasures his journey to the priesthood. “The journey has been difficult and yet beautiful,” he said. “It has been a lot about persevering in that some barriers stood in my way. But daily prayer and adoration helped to get through complicated times.” 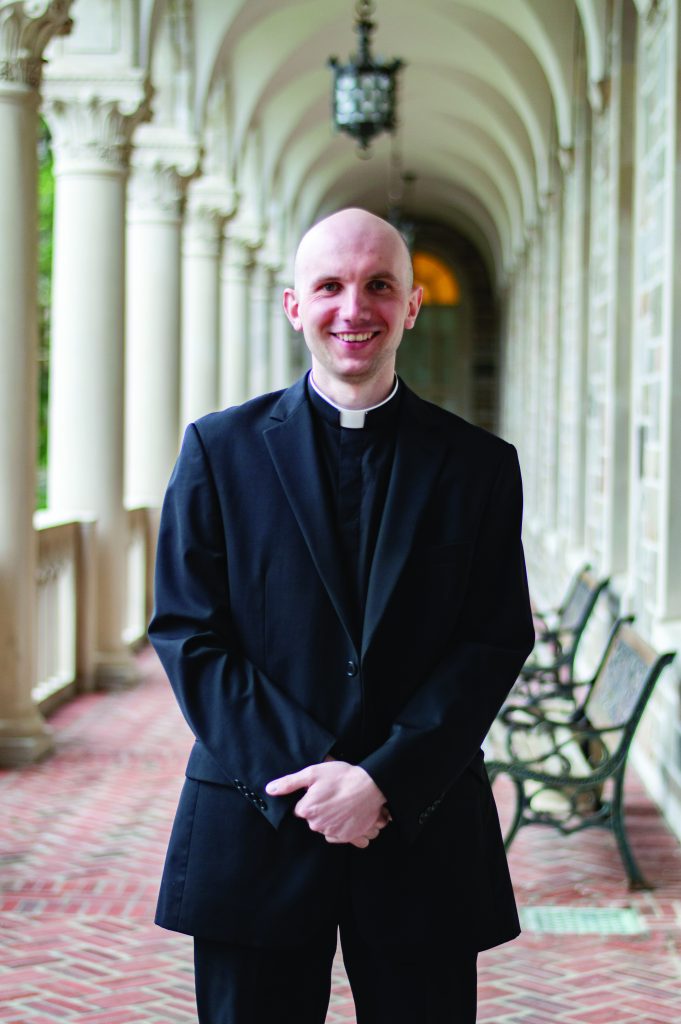