Deacon James Porter III will be ordained June 29 in Tulsa.

He is the son of the late James Porter Jr. and his home parish is St. Patrick in Sand Springs, Oklahoma.

He attended Charles Page High School, and earned a Bachelor’s in Philosophy at Conception Seminary College, with a Masters in Divinity from Mount St. Mary Seminary of the West.

“It seems to me that the people of God need holy priests, now more than ever,” Deacon Porter said. “As I prepare for priestly life, I am thinking about what ways I am going to pray for the people (both in prayer and in action), and how I am going to serve them. I’m also thinking about all the joys that will accompany priestly ordination, especially in serving alongside holy and phenomenal men that I have been blessed to call my friends.”

Deacon Porter said his father was a major influence in his life. “My father had taught me that God’s will must always come first in your life, which helped me to be open to the possibility of seminary. My parish priest in Tulsa, Father Martin Morgan, was a great help to me,” he said. “He helped answer my questions and helped me be at peace with the idea of entering seminary.”

He found his vocation early on, he said. “The priesthood had always been on my heart in some way. I first thought about it when I was altar serving, but never seriously considered it until senior year in high school, when I felt called to ask about it, as I didn’t quite know what God wanted me to do with my life, or what seminary was like.”

“I attended a discernment group with other guys my age who were asking the same questions, which helped me to realize that what I was after was to grow in my relationship with God and to know His will for me,” he said.

“After visiting some seminaries and praying about it, I decided that God was asking me to give seminary a chance, so I applied and entered summer after graduating from high school.”
The journey has “had its ‘ups-and-downs.’ Yet, through them all, the Lord has been constantly accompanying me on this journey towards ordination and has seen me through.” 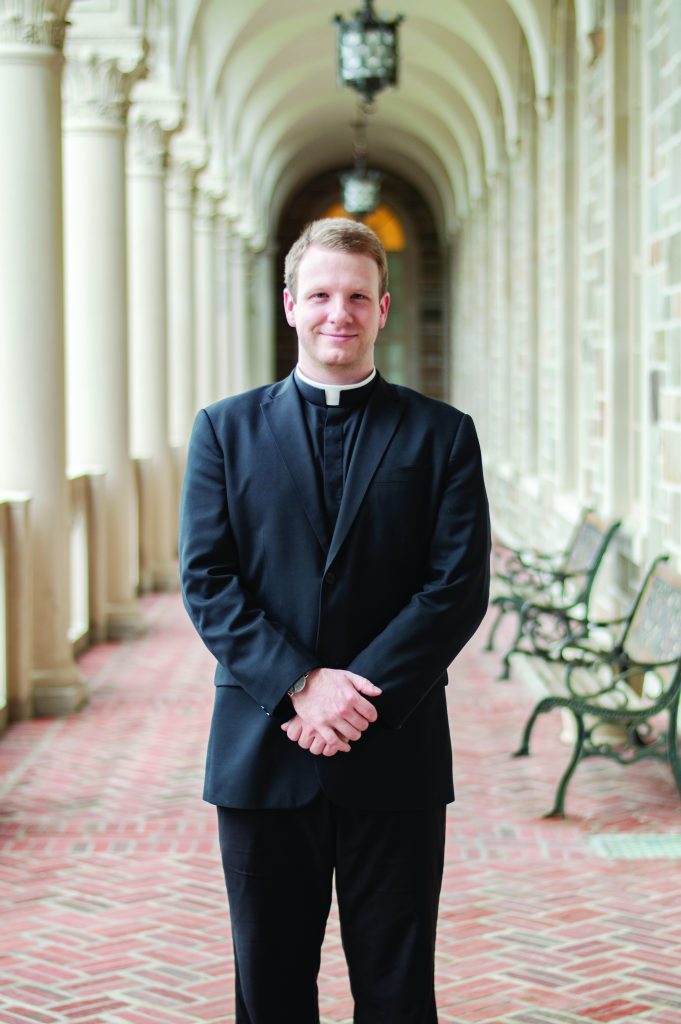