The U.S. Catholic bishops are preparing to vote on whether to advance the causes for sainthood for three American women: a mother and Catholic convert considered to be a mystic, a young campus missionary who struggled with cancer, and a religious sister who ministered to the poor and the African American community.

During their upcoming fall general assembly Nov. 14–17 in Baltimore, the U.S. bishops will consider whether to advance on the local level the causes of beatification and canonization for Cora Evans, Michelle Duppong, and Mother Margaret Mary Healy Murphy.

Under Church law, diocesan bishops promoting a sainthood cause must consult with the regional bishops before the cause can advance.

Here is a look at the new candidates for sainthood.

Born in 1904, Cora Evans was raised a Morman in Utah. Her first of many mystical experiences — an apparition of the Blessed Mother — came when she was only 3 years old, according to the website promoting her cause. But her search for the Catholic faith began on her wedding day.

“I was without a God and religion but had gained a very wonderful husband,” she said after her marriage ceremony, according to the site. “As I looked at him and learned to love him more and more, I resolved to help find a God for him. After 10 years of searching, we found the One True God in the Roman Catholic Church.”

During that search, Cora and her husband, Mack, welcomed three children: two daughters, LaVonne and Dorothy, and one son, Bobby, who died when he was a baby.

Cora encountered Catholicism in a new way one day after listening to a Catholic program on the radio while lying sick in bed. This led her to visit the local Catholic church and ask the parish priest questions about the faith.

Less than a year later, in 1935, Cora was baptized and received her first Holy Communion. Her husband and daughters did the same soon after.

Still, in 1941, the family decided to move to California because her husband faced religious and cultural prejudices while trying to hold a job, the website reads. Five years later, in 1946, Cora said that Jesus asked her to promulgate the mystical humanity of Christ, or, as the website for her cause describes, “a way of prayer that encourages people to live with a heightened awareness of the indwelling presence of Jesus in their daily lives.”

In addition to her mystical experiences, Cora is considered to have had the ability to bilocate — to appear in two places at once — and to have suffered from the stigmata, Christ’s wounds on the cross present in her own flesh.

She died exactly 22 years after her baptism, on March 30, 1957, in Boulder Creek, California. Before her death, she hoped, as St. Thérèse of Lisieux did, to spend her life in heaven doing good on earth.

Michelle Duppong dedicated her life to God, serving as a Catholic campus missionary for six years before becoming the director of adult faith formation for the Diocese of Bismarck, North Dakota.

During a surgery in 2014 intended to remove ovarian cysts, the surgeon discovered something else: stage 4 cancer.

“Upon hearing this, I knew that this was God’s will and that he would be with me in the midst of whatever would happen,” she wrote in one of her columns published by the Dakota Catholic Action newspaper. “God also allowed me to know that this cross was an invitation to me to help bring others closer in their relationship with him.”

According to her obituary, she loved farm life, working in the gardens and vineyards, and taking part in campfire singalongs.

In another column, she addresses sainthood and “seeking holiness in the ordinary.”

“You were made to be a saint. Do you believe that? Do you think you can do it?” she wrote. “I want to remind you that there’s no doubt in God’s mind that you CAN do it!”

Before dying, Michelle consoled her Aunt Jean, who was dying of brain cancer, Michelle’s mother told the National Catholic Register.

“They cried and held each other,” Mary Ann remembered. “Jean told her that sometimes she didn’t feel Jesus with her. Michelle told her, ‘Sometimes, I don’t feel him either. Tell Jesus how you feel. He wants to know everything. Just turn to him.’”

“That’s what Michelle did,” her mother said. “She told Jesus everything.”

More than 100 years ago, in 1893, Mother Margaret Mary Healy Murphy founded the first order of women religious in Texas: the Sisters of the Holy Spirit and Mary Immaculate. She began the order after spending years as a laywoman ministering to the poor, African Americans, and Mexican Americans.

Born in Ireland in 1833, Margaret Mary emigrated to the United States in 1845, according to her order’s website. For a time, she lived in Mexico, where she met her future husband, John Bernard Murphy.

The couple married in 1849 and later moved to Corpus Christi, Texas, where her husband worked as a lawyer and served as mayor. According to the Black Catholic Messenger, the well-to-do couple owned slaves there. While they had no biological children, the couple adopted three young girls who needed a home — two of whom later entered religious life.

In 1884, John died, leaving Margaret Mary a widow. Her life dramatically changed again, three years later, when she moved to San Antonio and heard a letter from the U.S. bishops read from the pulpit. In that letter, the bishops called on Catholics in the South to minister to the post-Civil War African American population, her order’s website details.

Margaret Mary decided to answer that call. That same year, she funded construction for the first Catholic free school and church for African Americans in San Antonio. It was dedicated a year later.

Facing constant criticism and racial prejudice, she struggled to maintain a teaching staff, and the local bishop suggested that she start a religious congregation to help. That’s when, in 1892, she and three other women became novices with the Sisters of St. Mary of Namur, the website details. A year later, the four made their first vows and the Sisters of the Holy Ghost and Mary Immaculate began. 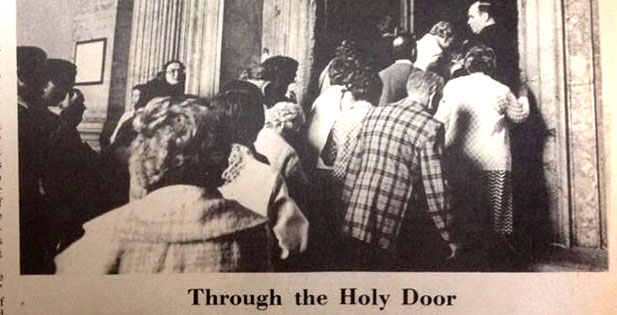