Musicians collaborate in song to spread message of peace

DETROIT — A Franciscan minstrel and a Jewish troubadour may have found the path to peace and it’s paved with a song.

“We usually come together when there is trouble, when something is destroyed or defaced,” said Steve Klaper. “Really we should be coming together for good things.”

And these men do. Franciscan Brother Al Mascia and Maggid Steve Klaper are both men of faith. They are also singers, songwriters and storytellers. Maggid is the traditional title for a Jewish inspirational storyteller or preacher. They perform individually and together to advance tolerance, understanding and appreciation of different faiths.  They teamed up a few years ago after the woman who books Brother Al’s appearances happened to contact a friend of Klaper’s wife. She suggested the men meet. The Klapers invited Brother Al over for dinner for one of the Jewish holidays and they “clicked immediately,” said Klaper.

“As you get older, it’s more and more rare that you meet people, someone who is a kindred spirit,” Klaper said of his friendship with Brother Al.

“We discovered we shared a passion for religion and faith,” adds Brother Al. And music.
Their dinner turned into a sing-along. They played their songs for each other. Eventually, they put together an act and took it on the road. It is both entertaining and educational. The banter between the songs offers a bit of a spiritual lesson.

From the audience, it’s easy to tell which is which. Brother Al wears his brown robes. Klaper wears his yarmulke. Both play the guitar, but Klaper also plays some percussion and the harmonica. He said the harmonica was his first instrument. “I saw Bob Dylan do it and I thought ‘this is too cool.’”

By day, Klaper is a graphic designer. He and his wife have their own business. Brother Al is a friar of the Cincinnati-based St. John the Baptist Province assigned to St. Aloysius parish in Detroit. When he lived in Cincinnati, he began the Canticle Café in Over-the-Rhine, a safe place for street people to stop in and rest or get a snack. Ministering to the homeless is something he continues to do in Detroit. Brother Al has a bicycle and cart that he peddles through the streets of downtown Detroit offering hot coffee, cocoa and snacks to those outside on the coldest of days.

The collaboration between Brother Al and Steve Klaper extends beyond the stage. Klaper, his wife, Mary Gilhuly, and Brother Al started the Song and Spirit Institute for Peace. The mission is to promote peace and understanding among different religions, cultures and ethnicities. They operate out of a 20,000 square foot former convent and concentrate on non-adversarial activities to bring people together such as art, music and gardening. The center offers art workshops that build friendships while creating crafts that are then sold in the gift shop and at art fares.

The next focus will be on a gardening project where Brother Al said, “organically raised produce will be cared for by different religions.”

“What we first had to realize is that there are executive and ecclesiastical bodies and offices working out some of the details and conversations that need to be advanced to promote reconciliation. What we’re doing is trying to accomplish the same goals at the grass roots level.”

Meanwhile, the show must go on. The minstrel and the troubadour will perform a benefit concert in Cincinnati for Franciscan Haircuts from the Heart on April 28 from 6-10 p.m. The concert, titled “Songs from the Heart,” will be held at the Mayerson Jewish Community Center.

Two men. Two faiths. One friendship that delivers a message in a melody.

Young missionary born with a desire to serve others

Musicians collaborate in song to spread message of peace 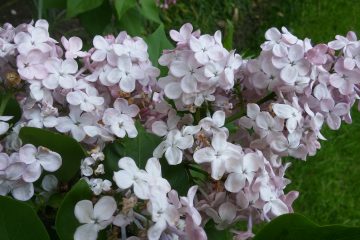