Does the Church believe in the possibility of coming back to life after a so-called near-death experience? Can these reported experiences be considered a glimpse of the afterlife?

The Church does not have an official teaching on near-death experiences. The phenomena and their cause are in the realm of speculation; however, our faith teaches that life is short, judgment is real, and an afterlife is assured. The veil between this world and the next is thin. From a Christian perspective, the possibility of receiving a glimpse of the afterlife is possible.

St. Paul explains that he knew a man—a fellow Christian— who was taken to heaven, but “whether in the body or out of the body I do not know, God knows” (2 Cor. 12:2-4). The man apparently returned to tell about it, but St. Paul does not provide additional context.

Despite medical advances, the exact moment of death cannot be ascertained. Various sensory experiences (what we might call a near-death experience) may be perceived in the moments before dying. And if a person recovers, it is possible they could remember it, and it could affect the person thereafter.

Many people reported entering a state in which they feel they are outside of their bodies. They may even converse with deceased loved ones or “see” events occurring elsewhere. Often, they are beckoned toward a bright light. Some believe this bright light is a prelude to seeing God—perhaps a preview of judgment or even the beatific vision. Most of these experiences seem positive, with the person experiencing joy or peace, but some report distressing things—even glimpses of hell.

The visions reported by some saints may be a kind of near- death experience. St. Martin of Tours saw the devil as he neared death, and said to him, “Why do you stand there, you bloodthirsty brute? Murderer, you will not have me for your prey. Abraham is welcoming me into his embrace.” With these words, Martin died. This vision seemed to be of the afterlife, with his soul awaiting judgment.

St. Vincent Ferrer also recorded something of a near-death experience. Unconscious during a severe illness, he had a vision of Jesus and the saints and was instructed to preach repentance. Though his experience was affirming, after his recovery he redoubled his efforts to convert souls and announce the nearness of judgment.

IMPACT ON THE LIVING

It is unclear whether near-death phenomena have psychological, physiological or spiritual causes. We know, however, that such experiences can profoundly impact the person, as many report significant changes to their outlook on life.

The event can highlight life’s brevity and the need to live it to the fullest. If reminded of the soul’s immortality and the importance of conforming one’s life to God’s will, then the person can benefit spiritually. In such cases, religious conversion or reversion is not unusual.

While such experiences may not always be communications from the divine, God might lead someone to the edge between this world and the next to encourage, warn or offer a glimpse of His presence. Ultimately, near-death phenomena remind us that our soul is immortal and will be judged. As St. Paul tells us, “We must all appear before the judgment seat of Christ, so that each one may receive recompense, according to what he did, whether good or evil” (2 Cor. 5:10). 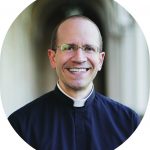 Father David Endres is a professor of Church history and historical theology at Mount St. Mary’s Seminary & School of Theology. 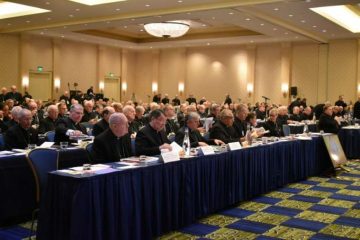