A majority of likely Catholic voters are unhappy with President Joe Biden and Democrats in Congress, according to a recent poll commissioned by EWTN News and conducted by RealClear Opinion Research.

The survey, which was taken before the Supreme Court ruling on abortion, found that while most Catholics support placing some limits on abortion, they are sharply divided when asked whether Roe v. Wade should be overturned.

The poll, which was taken between June 13-23, paints a portrait of a Catholic electorate that in the last two years seems to have made a small shift away from the Democratic Party toward the GOP.

According to the survey, 42% of likely Catholic voters identify with the Democratic Party. That’s a decrease from the 45% of Catholics calling themselves Democrats in 2020. The percentage of Catholics who identify as Republicans increased from 34% to 38% in that time, with 20% identifying as Independents.

Approval ratings for Democrats in Congress switched from positive to negative among Catholics, and the percentage of Catholics who think the nation is “headed in the right direction” also decreased from what it was two years ago.

John White, a professor at The Catholic University of America, who specializes in political parties, told CNA that the poll is reflective of what is happening in the rest of the country, but doesn’t indicate a definite shift to the GOP among Catholic voters.

“It is way too premature to conclude that the overall partisan picture for Catholics is changing much,” White said.

“But overall, the differences between those who attend church regularly versus those who do not is now a real divide in American politics,” he said.

According to the EWTN/RealClear poll, Catholics who attend Mass once a week are evenly split between the Democratic and Republican parties. Those who attend Mass less frequently lean Democratic. As many as 42% of monthly Mass attendees identify as Democrats, compared with 33% who consider themselves Republican.

Karlyn Bowman, a distinguished senior fellow emeritus at the American Enterprise Institute (AEI) and an expert on public opinion polls, told CNA that the poll “isn’t surprising.” She said it is consistent with past polls of party identification among Catholics. In 2018, she noted, 50% of Catholics cast their ballots for Democrats and 49% for Republicans.

Bowman cautions that “a lot can happen in the roughly 100 days until the election” and that the political landscape may have changed since the June 24 Supreme Court ruling overturning Roe v. Wade.

“In the last few days, however, a few new national polls have shown a shift in party ID toward the Democrats, and some commentators have suggested that it is a response to the abortion decision. I think we need to see more polls,” Bowman said.

Nevertheless, the “right track/wrong track” question, she said, “has to be a worrying one for Democrats.”

“The negative picture this poll provides is consistent with all the major polls,” Bowman said.

Catholic voters don’t always take political stands that are in line with Church teaching, the survey showed. On the issue of abortion, for example, they are sharply divided, and their support for mandating that Catholic organizations provide insurance coverage for contraception to their workers puts them at odds with guidance from the Church.

Opposition to “transgender ideology” and K-12 school curricula emerged as issues of importance to Catholic voters.

Here are some key findings from the survey of likely Catholic voters:

Democrats in Congress went from “favorable” to “unfavorable”

One-third of Catholics don’t know that Biden is Catholic

While 61% believe Biden is Catholic, 6% think he is Protestant or Evangelical, and 27% don’t know his religious affiliation.

Only 24% say the nation is headed in the right direction

The poll found that a majority of Catholics oppose abortion being legal at any time during a pregnancy.

Taken days before the Supreme Court overturned Roe v. Wade, the poll shows a plurality of Catholics (47%) supporting Roe, compared with the 42% in favor of reversing the decision and sending the issue to the states. Most Catholics (60%), however, say they would be less likely to vote for a political candidate who supports abortion at any time during a pregnancy. As many as 53% of Catholics would be less likely to support a candidate who favored taxpayer funding of abortion.

A plurality of Catholics are more likely to vote for a candidate who supports contraception mandates for Catholic organizations.

Forty-six percent of Catholics would be more likely to support a candidate who believes that Catholic organizations should be required to provide insurance coverage for contraception to their employees. Only 37% say they would be less likely to vote for such a candidate.

Religious freedom an issue of concern

Fully 82% of those surveyed say they are more likely to back a candidate who supported “the religious freedom of people of faith.” Catholics also are worried about attacks on churches (61% very concerned) and pro-life clinics (56% very concerned).

Sixty-seven percent of Catholics say they oppose allowing biological boys who identify as female to use girls’ school bathrooms and locker rooms. The same percentage opposes allowing them to compete against girls in school team sports. Sixty-eight percent oppose school administrators’ “hiding a student’s gender identity or a new name” from the parents.

An overwhelming 90% of Catholics surveyed say they favor giving parents more information about “the curriculum and what children are being taught in school.” Of these, 60% “strongly favor” sharing this information with the parents. As many as 65% say they would like parents to be involved in determining the curriculum at school.

A window into Catholic devotional practices

As many as 57% of Catholics polled say they pray daily, but only 40% say they go to Mass at least weekly. When asked if they believe in the Real Presence of the Eucharist, 50% responded “yes, the transformed bread and wine are the Body and Blood of Christ and not symbols.” Thirty-eight percent say “no, the bread and wine are symbols.”

The survey, which was conducted online, has a 95% credibility level of +/-2.58 percentage points, according to RealClear Opinion Research. 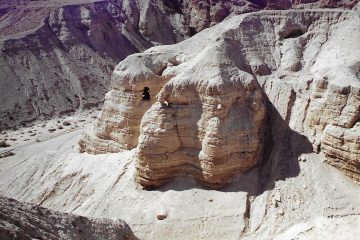