Breaking the cycle of poverty and providing a faith-based education transforms lives. Firm in that belief, and with proven results, CISE and the Jesuits USA Midwest Province have come together to establish a new all-boys school in Cincinnati’s Bond Hill neighborhood. Tentatively named Cincinnati Jesuit Academy, it opens in the fall of 2023 at the site of the former St. Agnes School building and will serve boys in grades three to eight who are from inner-city communities and challenged by generational poverty.

CISE has served such Cincinnati communities for over 40 years and grown in the past three years to serve 2,300 children in 10 grade schools, expanded support in pre- school classrooms and continued support for more than 300 scholars who then attended Catholic high schools. CISE also expanded its wraparound services to include mental health support, math education and nurses present in every school.

The new school’s journey began with CISE’s commitment to broaden support for more inner-city students and with the incredible generosity of donors. In July 2019, donors approached CISE seeking a transformational gift. Mabe Rodriguez, CISE’s executive director, met with previous CISE donors, Beth Burchenal Jones and Toone Burchenal who this time, specifically expressed interest in making a gift that would impact the lives of boys in need and keep them off the streets.

Rodriguez said she left their initial meeting and prayed: “Guide me Holy Spirit, let me know what the city needs, the city that I have come to love, and that CISE can make this happen.”

Messer Construction provided a cost estimate to rehab the school, from which CISE officials developed a proposal for donors: a Jesuit all-boys school. “The donors were extremely excited and supportive as their nephew and grandson had graduated from St. Xavier High School and they are strong believers of Jesuit formation of boys,” Rodriguez said.

“My aunt and grandmother are very passionate about Catholic education and know the impact that St. X had on my life,” said Sam Burchenal, a 2012 St. Xavier High School graduate. “My time at St. X really changed my life, solidified my faith and values, and they want other kids to have that same experience. If you’re able to come into children’s lives during their formative years and help them academically and socially, help them embrace Christian values, it can impact their lives in the long run.”

Doing their due diligence for the next two years, CISE staff members and advisors visited schools, examined education models, developed scenarios, put financials together and obtained approval from all appropriate entities, including Archbishop Dennis Schnurr, Father Dave Lemkuhl (Church of the Resurrection’s pastor), the CISE board of directors, the Midwest Jesuits’ provincial and the Jesuits’ superior general in Rome. Final approval was received on May 17, 2021.

“As in other CISE supported schools, may the new school in Bond Hill help grow the relationship of students, parents, teachers, principal and staff with Christ who offers joy, peace and fullness of life. Know my prayers are with all of you,” said Archbishop Schnurr to supporters of the new CISE school.

Jesuit Father Karl Kiser, provincial, said, “The Jesuits are privileged to partner with CISE and the Church of the Resurrection to open the newest Jesuit work in Cincinnati. We have deep roots in Cincinnati and the African-American community, and my brother Jesuits and I couldn’t be more excited to offer a Catholic, Jesuit education to boys from Bond Hill and neighboring communities.”

Matt Couture, provincial assistant, secondary and pre- secondary education, noted the Jesuits’ history of serving youth in poverty and their grade school education models around the country, particularly for boys from low- income communities, saying the new school will “focus care on each student, working with their families in a very comprehensive way and staying with them for the long haul. Working with CISE will give the students the best launch possible into adulthood.”

As someone who lives and ministers in Bond Hill, Deacon Royce Winters is especially aware of his community’s need and is grateful for the opportunities this school will provide local youth. “This transformative model of education will truly address the plight of African-American boys living in poverty. To change their lives, and the lives of their families, we must educate them,” said Winters, pastoral administrator at Church of the Resurrection and director of the archdiocesan Office of African American Pastoral Ministries. “This is a school by the community, for the community and its transformative model will help remove and change the barriers that keep people poor.”

“Poverty suppresses the ability to dream,” he said. “The new school will allow boys to dream in ways they haven’t before.” 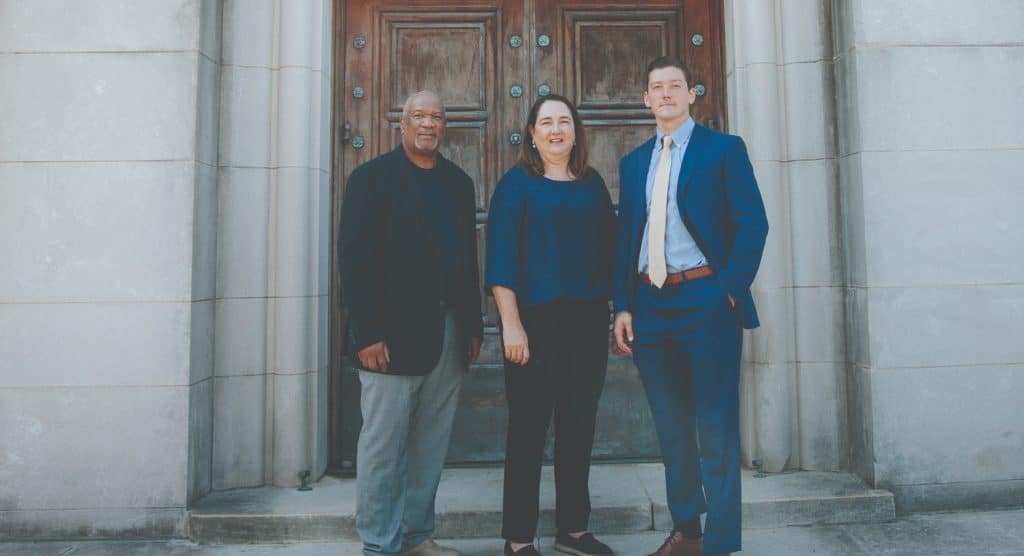 Ready for the big bishops' meeting? Here are 8 things you need to know

Heisman winner Caleb Williams: Catholic school made me a ‘man for others’