Notre-Dame’s first Mass since fire to be said Saturday

Paris, France, Jun 12, 2019 / 03:28 pm (CNA).- The first Mass in Notre-Dame de Paris since the cathedral’s April fire will be said Saturday evening in a side chapel that houses the crown of thorns.

The June 15 Mass will be of the feast of the dedication of Notre-Dame, which is held June 16. It will be said by Archbishop Michel Aupetit of Paris.

“It is very important to be able to make the world aware that the role of the cathedral is to show the glory of God,” said Msgr. Patrick Chauvet, rector of the cathedral.

“Celebrating the Eucharist on that day, even in very small groups, will be the sign of this glory and grace,” he told La Croix International.

About 20 people will assist at the Mass, including canons of the cathedral and other priests. They will be expected to wear hard hats for safety.

Vespers may be held beforehand in the square in front of the cathedral, where a Marian shrine will soon be set up.

A fire broke out in the cathedral shortly before 7 pm April 15. The roof and the spire, which dated to the 19th century, were destroyed. Shortly after midnight April 16, firefighters announced that the cathedral’s main structure had been preserved from collapse.

The major religious and artistic treasures of the cathedral were removed as the fire began, including a relic of the crown of thorns.

Last month the French Senate passed a bill mandating that Notre-Dame be rebuilt as it was before the fire. President Emmanuel Macron had called for “an inventive reconstruction” of the cathedral.

Since the adoption of the 1905 law on separation of church and state, which formalized laïcité (a strict form of public secularism), religious buildings in France have been property of the state. 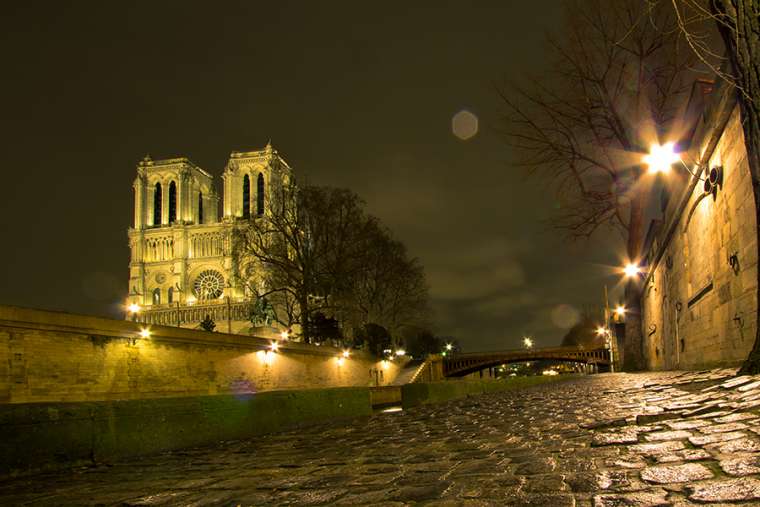 Bishops approve third-party reporting system; to be in place by May 31

Ignoring the poor falsifies the Gospel, pope says in message

Notre-Dame’s first Mass since fire to be said Saturday