On Nov. 23 Roman Catholics remember the fourth Pope, St. Clement I, a disciple of the apostles who inherited the authority of St. Peter in the first century. Eastern Catholics celebrate his feast on Nov. 25.

The details of Clement’s life, before his conversion and even afterward, are largely unknown. Some aspects of his writings have led scholars to believe that the fourth Pope either came from a Jewish background, or had converted to Judaism earlier in life before entering the Catholic Church.

Tradition suggests that Clement was the son of a Roman named Faustinus, and that he joined the Church in Rome during its early years through the preaching of Saint Peter or Saint Paul. He went on to share in the missionary journeys of the apostles, and may even have assisted the first Pope in running the Church on a local level.

After the deaths of St. Peter’s first two successors, the canonized Popes Linus and Cletus, Clement took up St. Peter’s position of primacy in the Church around the year 90. One of his most important tasks, during nearly 10 years as Pope, was to resolve serious problems in the Church of Corinth, which St. Paul had also struggled to discipline.

Clement’s own letter to the Corinthians, though not part of the biblical canon, offers an important look at the role of authority and charity in the early Church. Its introduction suggests that Pope Clement composed it while his own local Church faced persecution from the Roman Emperor Domitian.

In the letter, the Pope describes how the Corinthians had once been “distinguished by humility,” being “in no respect puffed up with pride” and “more willing to give than to receive.” But in time, “the worthless rose up against the honored, those of no reputation against such as were renowned, the foolish against the wise, the young against those advanced in years.”

“Let us give up vain and fruitless cares, and approach to the glorious and venerable rule of our holy calling,” Pope Clement wrote in his call to repentance. “Let us attend to what is good, pleasing, and acceptable in the sight of him who formed us.”

Order and discipline, he noted, are at least as important in the Church as they are in the rest of creation, where the powers of nature follow God’s decrees. The Pope also warned the Corinthians to follow “those who cultivate peace with godliness,” rather than “those who hypocritically profess to desire it.”

The Church Clement headed was one that honored tradition and right order as fundamentals of its life.

“It behooves us to do all things in order, which the Lord has commanded us to perform at stated times,” he told the Corinthians. God, he said, “has enjoined offerings and service to be performed … not thoughtlessly or irregularly, but at the appointed times and hours.”

“Where and by whom (God) desires these things to be done, he himself has fixed by his own supreme will, in order that all things being piously done according to his good pleasure, may be acceptable to him.”

The fourth Pope’s writings reveal much about the early Church, but little about his own life. According to one later account, he died in exile during the reign of the Emperor Trajan, who purportedly banished Clement to Crimea (near modern Ukraine) and had him killed in retaliation for evangelizing the local people. In 868 the Greek missionary St. Cyril claimed to have recovered St. Clement’s bones.

St. Clement I probably died around the year 100. He is among the saints mentioned in the Western Church’s most traditional Eucharistic prayer, the Roman Canon. 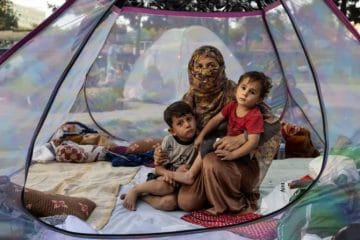