On Wednesday, the Ohio Senate passed Senate Bill 155 by a vote of 22-10. The bill would require doctors to inform a mother that there are ways to possibly reverse a chemical abortion if they were to change their mind. The vote was almost entirely along party lines, with one Republican joining all Democratic senators in voting against the bill.

On Oct. 6, the senate also passed Senate Bill 208 along party lines. That bill would require abortionists to report to the state Department of Health if a child were to be born alive after an abortion, and provide appropriate medical care to keep the baby alive. All Democrats voted against this bill.

At present, Ohio law bans abortion after the 22nd week of a pregnancy, and has several other abortion laws on the books that are currently being challenged in federal courts. In April 2019, Gov. Mike DeWine (R) signed into a law a bill that would ban abortion after the detection of a fetal heartbeat. That bill was blocked by a federal judge in early July.

In December 2017, Ohio’s then-governor John Kasich (R) signed into law a bill that would ban abortion after a child was prenatally diagnosed with Down syndrome. A federal court blocked that bill in March of 2018, eight days before it was due to go into effect.

Abortion pill reversal remains a controversial topic, with some doctors insisting that it simply is not possible and that it is irresponsible to inform a woman about reversal treatment options. It is considered unethical to perform experiments on pregnant women, and meaning no widespread studies on the available treatments have been undertaken. Limited data provided to CNA by the Abortion Pill Reveral Network shows that if a reversal is begun promptly, many women go on to deliver a healthy baby.

A chemical abortion is a two-step process that involves the injestion of two drugs: mifepristone and misoprostol. The first drug, mifepristone, effectively starves the unborn baby by blocking the effects of the hormone progesterone. The second drug, misoprostol, is taken up to two days later and induces labor.

The abortion can be reversed after a woman takes mifepristone, but before she takes misoprostol. The Abortion Pill Reversal Network works to connect a woman seeking to reverse a chemical abortion to a doctor who can assist.

If an ultrasound confirms the unborn baby is still viable, the mother is given a large dose of progesterone to reverse the effects of mifepristone, with additional doses of progesterone needed throughout the first trimester.

As part of the process, APRN also refers all women to a help center for support throughout the remainder of the pregnancy.

In April, an employee who works with the APRN told CNA that there’s a “64-68% success rate” for women seeking to reverse their chemical abortions, with no increase in birth defects. The preterm delivery rate for these children was lower than the general population.

Since 2012, when the APRN was established, more than 500 babies have been born after their abortions were reversed.

US bishops counter narrative of resistance to Pope Francis 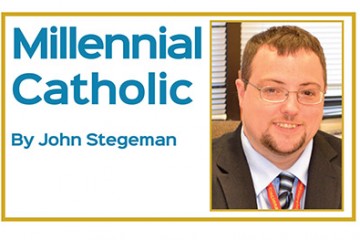