Our Mother of Sorrows Parish has ‘dignified’ closing

ST. FRANCIS DE SALES DEANERY — Hugs, handshakes, the sharing of fond memories and heartfelt prayers marked the closing of a beloved faith community on June 28 as hundreds came together at Our Mother of Sorrows Parish in Roselawn.

It was standing room only in the church as current and former parishioners gathered for the bittersweet occasion that brought to an end a 68-year presence in the surrounding neighborhood. Archbishop Daniel E. Pilarczyk presided at the liturgy, with many former pastors also on hand.

Our Mother of Sorrows was established in May of 1941 to serve Catholics in the communities of Roselawn and Golf Manor. Until a church could be built, Masses were held in a garage at the nearby Hickey Motor Company. The present church was completed in 1967.

Archbishop Pilarczyk approved the closure of the parish last year because of changing neighborhood demographics and dwindling Sunday Mass attendance. The number of participants at one Sunday Mass in the parish last October averaged 166, down from 241 in 2003. Parishioners were consulted regarding several options for the future of the parish, and the majority chose to close rather than merge with another parish.

Our Mother of Sorrows School closed at the end of the 2004-05 academic year.
While not unexpected, the closing of the parish where countless weddings and funerals have been held, sacraments celebrated and lives touched, was emotional.

“There’s a lot of sadness, but we understand,” said parish secretary Rose Meibers, a member of Our Mother of Sorrows for 48 years. “We just have to face it and move on.”

“It’s been my family, my home away from home,” said Meibers, whose eight children attended the parish school. “It’s a small parish but like one big family. I’ve made most of my best friends here, and we’ve all taken care of each other. I have so many happy memories.”

Bill Staun, a parishioner for nearly 30 years, past parish council president and business manager for the past two years said his goal has been not to focus on church’s closing, but on celebrating “many years and many wonderful things.”

“When you go through closing a parish, you come to realize what a parish truly is,” he said. “It’s a group of people I’ve become comfortable worshipping with and sharing with. They’ve provided support during serious times and laughter when needed.”

As with so many families, Our Mother of Sorrows was a place where Staun, and his wife, Mary, marked many stepping stones on the journey of faith. They witnessed their children receive the sacraments there, celebrated their 25th anniversary among fellow parishioners and friends and gratefully received the love and support of the parish after the death of their newborn granddaughter, Faith Ann.

“It’s a big loss, spiritually and socially,” said Mary Staun said of the closing. “It’s been a very close-knit parish, a group that liked to socialize and pray together. A lot of the priests that came here to say Mass said they could feel the spirituality of the people. You knew if you put in the bulletin that someone needed prayers, they would get them. You could feel it. That’s the way the parish was.”

Archbishop Pilarczyk acknowledged parishioners’ sadness in his homily, saying, “Nobody is anxious to close a parish, but sometimes you have do what you don’t want to do. The people of this parish have worked together to bring its life to dignified and thoughtful closure. I am pleased and proud and grateful for the way in which you cooperated with one another to do that.”

“And now, we move on, not with despair and a sense of failure, but with confidence that the love of God that has been with us up to now will continue to be us in the future,” he said.

At a reception following the Mass, parishioners continued to share memories as they viewed poster boards featuring photos and newspaper clippings depicting the history of Our Mother of Sorrows and the faith and sense of community its members shared.

A decree has been issue by the archdiocese to secularize the property, which will eventually be sold, Staun said. His advice to his fellow parishioners as they look to the future and move on to other parishes is this: “Take the love and joy of Christ that we came to know here and plant it in a new parish.”

Our Mother of Sorrows Parish has ‘dignified’ closing 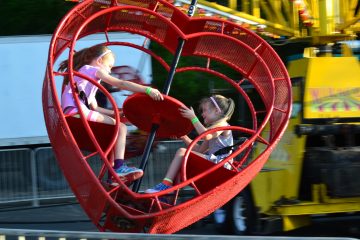