Permanent deacons follow path of prayer and study to ordination

ARCHDIOCESE — This fall nearly 30 men will begin a three-year journey that will deepen their prayer life, strengthen their relationship with God and their families and give them the skills to minister in their parishes as permanent deacons.

They will begin formation in September at the Athenaeum of Ohio and are scheduled to be ordained in 2013.

Over the next three years, the 27 men from across the archdiocese will spend 45 long weekends at the Athenaeum studying and praying. Outside of class they will undertake projects, work with their pastors and continue to discern their call. They will lean on each other and support each other.

“They come in they and don’t know each other and by the time they leave they’re brothers,” said Father Benedict O’Cinnsealaigh, director of formation at the Athenaeum. “They’ll find the person that’s able to help them or they’re able to help. They socialize together.”

Formation is based on four key pillars: pastoral, spiritual, academic and human. Many of the classes are pastoral, Father O’Cinnsealaigh said, focusing on the skills of ministry. Men must have completed the Lay Pastoral Ministry Program (LPMP) or have a master’s degree in theology before they begin diaconate formation. The formation process builds upon what the men have already learned.

The Vatican and the United States Conference of Catholic Bishops develop the principals or framework of the curriculum.

A benefit of having the permanent diaconate program based at the Athenaeum — which also houses the LPMP and Mount St. Mary’s Seminary — is that the same instructors teach in all of the programs. So a man in diaconate formation will likely have the same instructor he had in the LPMP. That assures continuity.

“They’re all on the same page, which I think is a benefit for the archdiocese,” Father O’Cinnsealaigh said. “We have a whole variety of teachers, and that’s a strength as well. What binds them together is their commitment to the church and their vision for a ministry that’s going to be a faithful but also a vibrant ministry.”

Diaconate candidates spend 15 weekends a year at the Athenaeum from September to mid-May, taking classes and praying. In addition, the students meet with a spiritual advisor throughout their formation, are expected to meet with a mentor deacon and his wife, meet frequently with their pastor and do a project each year.

The men also maintain involvement with their home parish, learning the parish ministries and attending weddings and baptisms.

Despite the challenging formation process to become a permanent deacon, each of the last two classes has had more than 30 men, including 33 ordained last month. There are more than 175 active permanent deacons in the archdiocese, and many parishes have more than one.

Some men have been called to the permanent diaconate through their involvement in the parish, while others are encouraged by parishioners or their pastor to consider it, said Barry Mersmann, director of the archdiocesan Diaconate Office.

“Very often when I talk to men, it seems as though they felt a tug toward ministry in the church early on. Some of them were involved as best they could, but they were raising families,” Mersmann said. “That tug gets stronger and stronger. There’s something more they are called to do.”

Deacons tend to be committed to their faith and the church, have stable lives and marriages and show a willingness to help others and share what they have. They come from all types of professions.

To qualify for the program, men must be mature in their faith, have a strong prayer life, be in full communion with the church and be able to listen and learn. They cannot be younger than 35 when ordained.

Prospective deacons begin the process with a 12-page application form that details their activity in the church, thoughts on church doctrine, employment and medical history, family and relationships. The men undergo psychological testing and a home interview with the prospective deacon and his wife, Mersmann said. A team of clergy and laity then review all the materials except the psychological test and make a recommendation that goes to the archbishop for a decision.

Men will typically apply for diaconate formation halfway through the two-year LPMP course, Mersmann said. A yearlong aspirancy program in which Mersmann and Father O’Cinnsealaigh meet with the prospective deacon and his wife is also required before formation. The meetings are held four times over the course of a year.

Once ordained, deacons have faculties to preach at such events as weddings, baptisms, funerals, prayer services and children’s liturgies. They cannot preach at Sunday Mass or any Mass primarily attended by adults. After a year, they are able to take a yearlong homiletics class with an internship and may be granted full preaching faculties.

In addition to helping at Mass, deacons work with couples preparing for marriage and parents who are preparing for the baptism of their child. Deacons are also involved in Rite of Christian Initiation for Adults and work to bring the parish to shut-ins.

Sunday Scripture: Your faith has saved you, go in peace

Pope Francis Prayer Intentions for May

A Question of Faith: Women Deacons?

Permanent deacons follow path of prayer and study to ordination 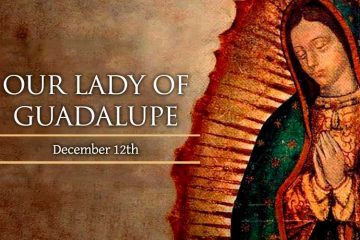