MONTGOMERY — A crowd of roughly 600 people, led by Cincinnati auxiliary Bishop Joseph R. Binzer, turned out at Good Shepherd parish in Montgomery Thursday evening for a prayer service to send off the busloads of people from around the archdiocese headed to the March for Life in Washington, D.C. Friday.

In his reflection during the prayer service, Bishop Binzer noted that the sacredness of human life is evident even in the earliest parts of scripture. At the completion of the first five days of creation, God sees what he has made and sees that it is good.

In addition, Bishop Binzer praised those about to embark on the eight-hour bus ride to the nation’s capital.

“St. Francis of Assisi once said ‘Preach the gospel, if necessary use words,’” he said. “People who march tomorrow in Washington D.C. are preaching the gospel without saying anything. By your presence there you’re showing what we believe about the dignity of all human life and how important it is to preserve it.”

During the prayer service, Binzer was joined by a pair of student witnesses, who shared their thoughts on the importance of preserving human life, and ending abortion.

“We must try changing people’s hearts, as well as their minds about the issues mentioned,” St. Xavier High School student Mark Meyer said.

Sarah Standiford, a student McNicholas High School, used a recent example of violence against children to illustrate her point.

“How is this any different than the Connecticut school shootings? It’s not,” she said. “Abortion is wrong for many reasons. The major one is the fact that every time an abortion is performed, another child, another human, who could change the future and make the world a better place, is killed.”

After the service, students, staff and other marchers loaded their gear and climbed aboard a dozen busses. Upon arriving in Washington, D.C., the groups were to join up with an expected crowd of more than 250,000 people for the annual March for Life event, protesting the 40th anniversary of the Roe vs. Wade court decision on abortion.

Anyone at the March for Life is encouraged to email or tweet photos to The Catholic Telegraph. Email [email protected], or tweet @cathtelegraph using the hashtag #Cincy4Life. Photos sent may be published online or in print.

Jan. 24-25 all night prayer vigil for March for Life 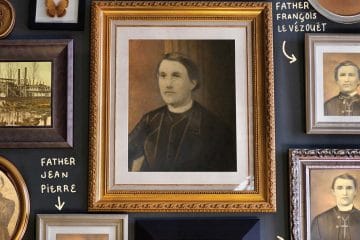