VATICAN CITY — In his strongest public words to date on the subject of abortion, Pope Francis affirmed the sacredness of unborn human life and linked its defense to the pursuit of social justice.

“In all its phases and at every age, human life is always sacred and always of quality. And not as a matter of faith, but of reason and science!” the pope said Sept. 20 to a gathering of Catholic gynecologists.

Pope Francis characterized abortion as a product of a “widespread mentality of profit, the ‘throwaway culture,’ which has today enslaved the hearts and minds of so many.”

That mentality, he said, “calls for the elimination of human beings, above all if they are physically or socially weaker. Our response to that mentality is a decisive and unhesitating ‘yes’ to life.”

The pope grouped together unborn children, the aged and the poor as among the most vulnerable people whom Christians are called especially to love.

“In the fragile human being each one of us is invited to recognize the face of the Lord, who in his human flesh experienced the indifference and solitude to which we often condemn the poorest, whether in developing countries or in wealthy societies,” he said.

“Every unborn child, though unjustly condemned to be aborted, has the face of the Lord, who even before his birth, and then as soon as he was born, experienced the rejection of the world,” he said. “And every old person, even if infirm and at the end of his days, carries with him the face of Christ. They must not be thrown away!”

Quoting “Caritas in Veritate” the social encyclical by Pope Benedict XVI, Pope Francis connected the protection of unborn life with the promotion of social justice.

“Openness to life is at the center of true development,” he said. “If personal and social sensitivity in welcoming a new life is lost, other forms of welcome useful to social life will dry up. Welcoming life tempers moral energies and makes people capable of helping each other.”

Pope Francis told the physicians that they faced a “paradoxical situation” in their professional lives, because even as medical science discovers new cures for disease, the “health care professions are sometimes induced not to respect life itself.”

The pope characterized this paradox as part of a more widespread “cultural disorientation” in which rising individualism parallels a growing disrespect for life.

“Even as persons are accorded new rights, at times only presumed rights, life as the primary value and primordial right of every man is not always protected,” he said.

The pope told the gynecologists that they had a responsibility to make known the “transcendent dimension, the imprint of God’s creative work, in human life from the first instant of conception. And this is a commitment of new evangelization that often requires going against the tide, paying a personal price. The Lord counts on you, too, to spread the Gospel of life.”

Pope Francis’ remarks came one day after the publication of an interview in which he warned that focusing on certain moral teachings, including abortion, could undermine the church’s efforts to preach the Gospel.

“We cannot insist only on issues related to abortion, gay marriage and the use of contraceptive methods,” the pope said in the interview, noting that he had been “reprimanded” for failing to speak often about those topics. “It is not necessary to talk about these issues all the time.

“The dogmatic and moral teachings of the church are not all equivalent,” the pope added. “The church’s pastoral ministry cannot be obsessed with the transmission of a disjointed multitude of doctrines to be imposed insistently.

“Proclamation in a missionary style focuses on the essentials, on the necessary things,” he said. “We have to find a new balance; otherwise even the moral edifice of the church is likely to fall like a house of cards, losing the freshness and fragrance of the Gospel.”

The Catholic Telegraph's October edition is largest in recent history 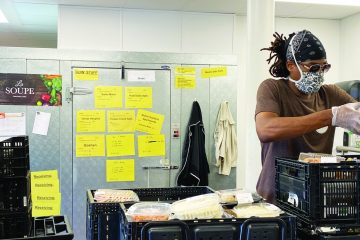