Pope Francis calls for church with ‘Amazonian and indigenous’ face

PUERTO MALDONADO, Peru (CNS) — Pope Francis called on indigenous people of the Amazon to work with missionaries and bishops to shape a church with an “Amazonian and indigenous” face.

The pope pledged the church’s “whole-hearted option for the defense of life, the defense of the earth and the defense of cultures” and called his audience to work together toward the Synod of Bishops for the Amazon, which he has called for 2019.

“The native Amazonian peoples have probably never been so threatened on their own lands as they are at present,” Pope Francis said. “Amazonia is not only a reserve of biodiversity, but also a cultural reserve that must be preserved in the face of the new forms of colonialism.”

He also called for a change in the consumer culture that extracts resources from the Amazon without regard for the people who live there, and he had harsh words for officials who consider indigenous people an obstacle to development.

“Your lives cry out against a style of life that is oblivious to its own real cost,” the pope told the audience of some 2,500 indigenous people from Peru, Brazil and Bolivia.

Upon his arrival in this Amazonian town, the pope was welcomed by children who chanted, “Pope Francis is Amazonian now.” Once in Madre de Dios stadium, dancers in feathered headdresses accompanied him as he greeted the crowd.

Members of various indigenous peoples presented the pope with gifts that reflected their culture, including a basket, painting, book and woven stole. The pope left the stadium wearing a feathered headdress and strings of beads typically worn by community chiefs, presented to him by Santiago Manuin Valera, an Awajun leader from northern Peru.

The pope said he had come to listen to the people of this Amazonian region, which is rich in natural resources and indigenous cultures but increasingly devastated by illegal mining, deforestation and social problems.

A Harakbut woman and man and an Awajun woman described the threats their peoples face from outsiders who take timber and other resources from their lands, as well as their fear that their cultures could disappear and their efforts to keep those cultures alive

The pope echoed their concerns, listing oil and gas, mining, logging, industrial agriculture and even conservation programs as activities that do not take indigenous peoples into account, but “strangle” them and force young people to migrate because of a lack of alternatives.

“We have to break with the historical paradigm that views Amazonia as an inexhaustible source of supplies for other countries without concern for its inhabitants,” he said.

On his journey to the Amazon, the pope flew over an area where illegal gold mining has carved huge, cratered, polluted scars visible from outer space. He noted that the mining has been accompanied by the trafficking of people for sex and labor.

The day before his visit, in a meeting with Amazonian bishops, representatives of various indigenous delegations said they hoped the pope would urge governments to respect their rights, especially by demarcating their territories and respecting laws requiring officials to consult indigenous communities about development projects that would affect them.

Without mentioning titling or prior consent laws directly, the pope called for “institutional expressions” of respect and dialogue with native peoples.

“Recognition and dialogue will be the best way to transform relationships whose history is marked by exclusion and discrimination,” he said.

The pope praised the church’s work among native peoples in the Amazon, although he acknowledged errors. In many parts of the Amazon, missionaries started the first schools for indigenous children.

While noting that education and building schools is the government’s job, Pope Francis urged the Amazonian bishops to continue to encourage intercultural and bilingual education in schools, universities and teacher training programs.

Echoing the Harakbut speakers who had greeted him, he emphasized that education for native people must “build bridges and create a culture of encounter,” in a way that “respects and integrates their ancestral wisdom as a treasure belonging to the whole nation.”

The pope praised young indigenous people who are “working to reinterpret the history of their peoples from their own perspective,” as well as those who “show the world your worldview and your cultural richness” through art, music, crafts and literature.

“Much has been written and spoken about you,” he said. “It is good that you are now the ones to define yourselves and show us your identity. We need to listen to you.”

The pope urged his listeners, many of whom are pastoral agents in remote rural communities and poor urban areas, not to let their people’s Catholic faith be uprooted. Each culture “enriches the church by showing a new aspect of Christ’s face,” he said.

Pope Francis encouraged them to draw on the wisdom of their peoples, especially elders, to counter the pressures they face and to dialogue with missionaries and bishops.

“We need the native peoples to shape the culture of the local churches in Amazonia,” he said.

Pope Francis calls for church with ‘Amazonian and indigenous’ face

Church of England bishop to be received into the Catholic Church 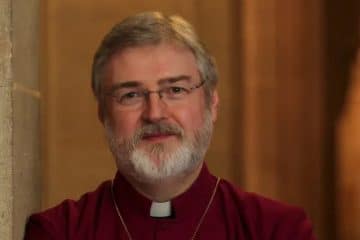