Vatican City, Jul 12, 2020 / 04:50 am MT (CNA).- Pope Francis expressed his sadness Sunday after Turkey’s decision to convert the former Byzantine cathedral of Hagia Sophia back into a mosque.

In improvised remarks after reciting the Angelus, the pope recalled that July 12 is Sea Sunday, when the worldwide Church prays for seafarers.

“And the sea carries me a little farther away in my thoughts: to Istanbul. I think of Hagia Sophia, and I am very saddened,” he said, according to an unofficial translation provided by the Holy See Press Office.

The pope appeared to be referring to Turkish president Recep Tayyip Erdoğan’s decision to sign a decree July 10 turning the sixth-century edifice into an Islamic place of worship.

The presidential decree was signed within hours of a court ruling Friday, which declared unlawful an 80-year-old government decree which converted the building from a mosque into a museum.

The pope’s comments followed the publication of articles in the Orthodox Christian media asking why the Vatican had not commented on the decision.

Ecumenical Patriarch Bartholomew of Constantinople, the spiritual leader of Eastern Orthodox Christians, has said that the building’s prior status as a museum made it “the symbolic place of encounter, dialogue, solidarity and mutual understanding between Christianity and Islam.”

In a June 30 homily, he said that Hagia Sophia, a UNESCO World Heritage site, belongs “belongs not only to those who own it at the moment, but to all humanity.” 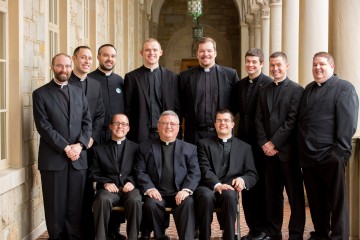