Pope Francis will meet Saturday with U.S. climate envoy John Kerry, who is also a keynote speaker at a Vatican conference on financial solidarity and climate change.

Kerry, who currently serves as the U.S. Special Presidential Envoy for Climate, is in Europe to meet with government officials and business leaders ahead of the Nov. 1-12 United Nations Climate Change Conference (COP26) in Glasgow, the State Department said.

Pope Francis is reportedly considering a visit to Glasgow for the climate conference, and local authorities are said to be preparing for the possibility.

Ahead of his meeting with the pope, Kerry was due to deliver a keynote speech at the “Dreaming of a Better Restart” conference, a closed-door meeting in Vatican City on May 14.

The conference, hosted by the Pontifical Academies of Sciences and Social Sciences, has panel discussions on debt relief for developing countries and climate action to limit global warming to 1.5 degrees Celsius (2.7 Fahrenheit).

U.S. Treasury Secretary Janet Yellen and Raj Shah, president of the Rockefeller Foundation, both spoke at the Vatican event via video link.

Economists Jeffrey Sachs and Joseph Stiglitz came to the Vatican to take part in the one-day event, as did economic ministers from Mexico, Argentina, Spain, France, and Germany.

Kristalina Georgieva, the managing director of the IMF, and Félix Tshisekedi, head of the African Union, were also featured speakers.

Kerry, a baptized Catholic, previously met Pope Francis at the Vatican in 2014 and 2016, when he served as the U.S. Secretary of State during the Obama administration.

He also met with Cardinal Pietro Parolin, Vatican Secretary of State, and Archbishop Paul Gallagher, Secretary for Relations with States, during his last visit.

The 77-year-old diplomat visited St. Peter’s Basilica on the morning of May 14, where he was shown Michelangelo’s Pietà up close.

After meeting with Italian and Vatican officials in Rome, the climate envoy will travel to London to meet with U.K. government representatives hosting the COP26 summit and then to Berlin to meet with German officials.

Editor’s Note: The Heart and Beauty of Our Growing Faith 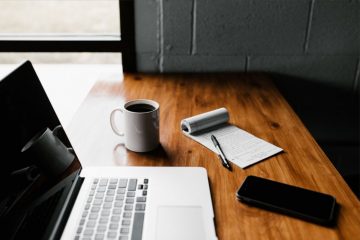