VATICAN CITY (CNS) — The Vatican confirmed that Pope Francis will visit Portugal in 2017 to mark the 100th anniversary of the Marian apparitions of Fatima.

The pope, who accepted the invitation made by President Marcelo Rebelo de Sousa and the bishops of Portugal, “will go on a pilgrimage to the Shrine of Our Lady of Fatima from May 12-13,” the Vatican announced Dec. 17.

The pilgrimage will mark the anniversary of the Marian apparitions, which first began on May 13, 1917, when three shepherd children reported seeing the Virgin Mary.

The apparitions continued once a month until Oct. 13, 1917, and later were declared worthy of belief by the Catholic Church.

Following the announcement, Father Carlos Cabecinhas, rector of the Fatima shrine told Agencia Ecclesia, the news agency of the Portuguese bishops’ conference, that the visit was a “cause for joy” for the shrine.

“For the shrine of Fatima, it is a great joy to receive this confirmation of Pope Francis’ visit,” he said.

“We know that those days will be a pilgrimage marked by this festivity that, on the one hand is for the centennial of the apparitions and, on the other hand, marks the presence of the pope in our midst and a pope as beloved as Pope Francis,” Father Cabecinhas said.

While the Vatican confirmed the dates of the visit, the pope had already said that he intended to go.

“Certainly, as things presently stand, I will go to Portugal, and only to Fatima,” he told journalists during his return flight to Rome from Azerbaijan Oct. 2.

Pope Francis will be the fourth pontiff to visit the Marian shrine, following the footsteps of Blessed Paul VI, Saint John Paul II and Pope Benedict XVI, who each paid homage different years to Mary on the anniversary of the first apparition May 13. 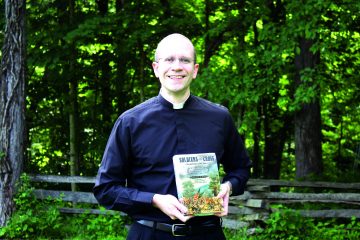