Pope Francis on Saturday said a papal visit to Kyiv is “on the table,” raising the possibility of a dramatic escalation of the Holy See’s diplomatic and spiritual efforts to bring about an end to the fighting that has raged in Ukraine since Russia invaded the country on Feb. 24.

The pope has spoken out repeatedly for peace in Ukraine in his general audiences and Angelus addresses since the violence began. On the papal flight en route to Malta, the pope was asked if he was considering accepting an invitation from authorities in Kyiv to visit the besieged Ukrainian capital, a trip that the apostolic nuncio in Ukraine has said is logistically possible, if unlikely given the dangers associated with any public gatherings in the city.

Pope Francis greeted a group of Ukrainian war refugees Saturday morning before heading to the airport for the flight to Malta, his first papal flight of 2022.

The group of 15 refugees consisted of mothers and children who found refuge in Italy after Russia’s full-scale invasion of their country.

Among the refugees was a mother of two children, aged five and seven. She came to Italy for a heart surgery for her daughter, according to the Vatican on April 2.

The pope met the group at the Casa Santa Marta, his residence in Vatican City, along with the papal almoner Cardinal Konrad Krajewski, who has served as a papal envoy to Ukraine.

In his speech to civil authorities in Malta on Saturday, the pope continued to condemn the violence in Ukraine, calling for “human moderation before the infantile and destructive aggression that threatens us, before the risk of an enlarged Cold War that can stifle the life of entire peoples and generations.”

“This childishness, sadly, has not disappeared. It has reemerged powerfully in the seductions of autocracy, new forms of imperialism, widespread aggressiveness, and the inability to build bridges and start from the poorest in our midst,” he said.

“Once again, some potentate, sadly caught up in anachronistic claims of nationalist interests, is provoking and fomenting conflicts, whereas ordinary people sense the need to build a future that will either be shared, or not be at all,” he said.

“Now in the night of the war that is fallen upon humanity, please let us not allow the dream of peace to fade.”

Former Congressman Dan Lipinski: we must be “Catholic first” 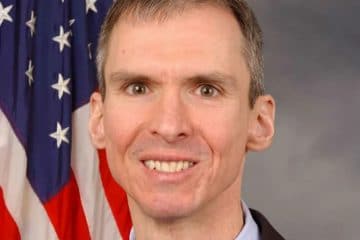