Vatican City, Dec 8, 2019 / 04:49 am (CNA).- With Our Lady’s Immaculate Conception, God was, even before Mary’s birth, putting into motion his plan of salvation for the world, Pope Francis said Sunday.

“Today we consider the beginning of this fulfillment” of God’s promise, he said Dec. 8, during his weekly Angelus address, even “before the birth of the Mother of the Lord.”

“In fact, her immaculate conception leads us to that precise moment when Mary’s life began to palpitate in her mother’s womb,” he continued. “Already there was the sanctifying love of God, preserving her from the contagion of evil that is a common heritage of the human family.”

The Solemnity of the Immaculate Conception of Mary, celebrated by the Church on Dec. 8, marks the moment when the Virgin Mary was conceived inside St. Anne’s womb, with a soul preserved by God from original sin.

The pope noted that this feast day always takes place in the context of Advent, a time of waiting, showing that “God will accomplish what he has promised.”

“But in today’s celebration we are told that something has already been accomplished, in the person and in the life of the Virgin Mary,” he said.

The day’s Gospel reading comes from Luke and jumps ahead to when the Virgin Mary is a young woman being visited by the Angel Gabriel. The angel says to Mary: “Rejoice, full of grace: the Lord is with you.”

“God has always thought and wanted her, in his inscrutable design, as a creature full of grace, that is filled with his love,” Francis said.

But, he reflected, Mary is able to be filled with God’s grace also because she makes space, emptying herself of her own will to make room for the will of God, trusting it and accepting in unreservedly, to the point that the Word becomes flesh inside her.

“Mary does not lose herself in so many arguments, she does not put obstacles in the way of the Lord, but relies quickly and leaves room for the action of the Holy Spirit,” he said.

In Mary “is reflected the beauty of God, which is all love, grace, self-giving.”

The pope also spoke about the Blessed Virgin Mary’s own word for herself: “handmaid of the Lord.”

Mary serves “without clamor and ostentation, without seeking places of honor, without advertising,” he said.

This is an example for everyone, he continued, to “do works of charity in silence, in hiding, without boasting of making them. Even in our communities, we are called to follow Mary’s example, practicing the style of discretion and concealment.”

In the afternoon Dec. 8, Pope Francis will go to Rome’s Piazza di Spagna to give homage at the foot of a statue of the Immaculate Conception, a papal tradition. This year, he will also stop at the Basilica of St. Mary Major to pray for Our Lady’s intercession.

“I ask you to join me spiritually in this gesture, which expresses filial devotion to our heavenly Mother,” Pope Francis said.

The pope also asked people to join him in praying for a meeting of the presidents of Ukraine, Russia, France, and the Chancellor of Germany, which will take place Dec. 9 in Paris.

This meeting is “to find solutions to the painful conflict that has been going on for years in eastern Ukraine,” he explained.

“I accompany the meeting with an intense prayer and I invite you to do the same, so that this initiative of political dialogue will contribute to bringing peace in justice to that territory and its population.” 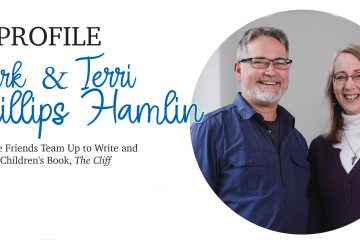