VATICAN CITY (CNS) — Pope Francis reaffirmed the importance of responding decisively to the problem of the sexual abuse of minors by members of the clergy and called on the Vatican office dealing with suspected cases to continue carrying out its mandate.

During an April 5 meeting with Archbishop Gerhard L. Muller, prefect of the Congregation for the Doctrine of the Faith, the pope discussed the office’s various responsibilities.

However, he made a particular point of highlighting its work to counter clerical sexual abuse, telling Archbishop Muller he wanted the congregation “to act decisively concerning cases of sexual abuse,” the Vatican said in a written statement released after the meeting.

The pope, the statement said, asked the congregation to continue: “promoting measures that protect minors, above all; help for those who have suffered such violence in the past; necessary procedures against those found guilty; (and) the commitment of bishops’ conferences in formulating and implementing the necessary directives in this is area that is so important for the church’s witness and credibility.”

The pope also assured victims that they had a special place in his heart and prayers.

Pope Francis was holding private meetings in early April with the individual heads of various Vatican offices and congregations. According to the Vatican schedule, the pope had at least an hour slotted for the 11 a.m. meeting with Archbishop Muller.

As archbishop of Buenos Aires, the future pope had said his archdiocese had been very attentive to the problem and “rigorous” in its screening and selection of candidates for the priesthood and religious life.

Sex abusers suffer from a “perversion of a psychological kind” that is not caused by or directly linked to celibacy, he said in a book-length series of interviews.

“If a priest is a pedophile, he is so because he brought that perversion with him from before his ordination,” and not even priestly celibacy would be able to “cure it,” the future pope said in the book, “Pope Francis: Conversations with Jorge Bergoglio” by Sergio Rubin and Francesca Ambrogetti.

Because such a perversion already would be present in a candidate, he said, “it’s necessary to pay lots of attention to the choice of candidates to the priesthood.”

He said the archdiocese of Buenos Aires had been very “rigorous for many years already,” noting how only about 40 percent of candidates were actually admitted into the priesthood.

He also described how candidates undergo in-depth psychiatric tests to look for different forms of deviant tendencies, including “megalomaniacal, dishonest and criminal” tendencies.

In “On Heaven and Earth,” a 2010 book of conversations with a Buenos Aires rabbi, the then-Cardinal Jorge Mario Bergoglio said, when it is discovered that a priest has engaged in such behavior, it is imperative that no one “look the other way.”

“One cannot be in a position of power and destroy the life of another person,” he said.

The proper action to take against an abuser, he said, would be to prohibit him from exercising his ministry and begin a canonical process in the diocese.

“I don’t believe in those positions that propose supporting a kind of ‘corporate’ spirit in order to avoid damaging the image of the institution,” he told the rabbi, Abraham Skorka.

The future Pope Francis said moving an abusive priest to another parish in an effort to protect the image of the church had appeared as a “solution” at times in the United States, but that it was “foolishness” because the abusive priest only takes his problem with him to a new parish.

He said he admired “the courage and honesty of Benedict XVI” in confronting the problem, calling for “zero tolerance” and enacting stricter measures to protect children and to punish abusers.

Allowing over-counter sale of contraceptives to all ages 'simply wrong' 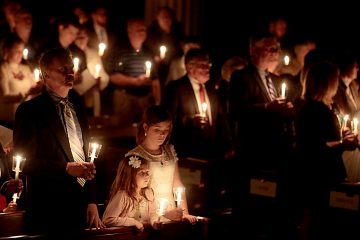