BANGALORE, India (CNS) — The Salesians have organized a special prayer meeting to mark the one-year anniversary of the kidnapping of Indian Salesian Father Tom Uzhunnalil.

The priest was kidnapped in Aden, Yemen, March 4, 2016, in an attack in which four Missionaries of Charity and at least 12 others were killed.

“We are deeply distressed by the delay in assuring his release,” the Salesians of Bangalore province said in a statement reported on by the Rome-based Salesian news agency, ANS.

Father Uzhunnalil had been living at the home for the elderly and disabled since September 2015, when Holy Family Parish in Aden was sacked and burned.

After the attack, Pope Francis described the Aden murders as an “act of senseless and diabolical violence.”

Bishop Paul Hinder, head of the Apostolic Vicariate of Southern Arabia, told Catholic News Service March 28 that he had “strong indications” that Father Uzhunnalil “is still alive in the hands of his kidnappers.”

The prayer service at Ernakulam Town Hall will be conducted with the collaboration of the Catholic bishops’ conference of the state of Kerala, ANS reported. It said prominent church leaders, including at least two cardinals, were expected to attend.

Situation for Iraqi refugees in Jordan 'critical and dangerous' 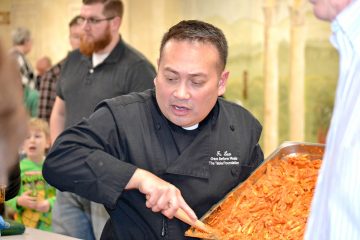