Q&A: Are the homilies of priests and deacons critiqued? 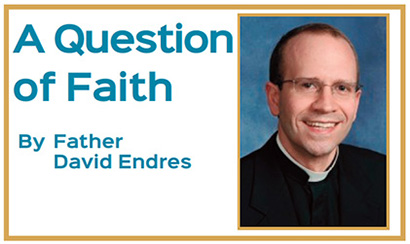 Q: Are the homilies of priests and deacons critiqued? The homily quality among preachers varies considerably. Some are outstanding; others are poor. Are continuing education classes available and/or required for clergy especially in the area of homily development and presentation?

A: Yes, the homilies of priests and deacons, are always critiqued – at least informally – by those in the pews, but formal evaluation after ordination is limited. Still the inconsistent quality of Catholic preaching has been recognized, and there are efforts to address the quality of preaching and opportunities for preachers to improve.

When the U.S. bishops published Preaching the Mystery of Faith (2013), they cited Pope Benedict XVI’s post-synodal exhortation Sacramentum Caritatis (The Sacrament of Charity) which noted that “the quality of homilies needs to be improved.” Later that same year, Pope Francis in Evangelii Gaudium (The Joy of the Gospel), wrote, “We know that the faithful attach great importance to [the homily], and that both they and their ordained ministers suffer because of homilies: the laity from having to listen to them and the clergy from having to preach them!” (135).

That the perceived quality of homilies varies considerably from preacher to preacher may often have less to do with the formation and training of preachers and more to do with differences in aptitude, temperament, and personality – among both preachers and their hearers. Congregants have different expectations for the homily; whether one wants to be taught, entertained, encouraged, or uplifted.

The ministry of preaching, which is a faculty that comes with ordination, does not attract only the vocally gifted, the eloquent, and the charismatic. Rather, it attracts a great diversity of personalities, from the soft-spoken introvert, who would – in certain contexts – prefer to be sitting in the pew than standing in the pulpit, to the extravert who brings great energy and drama to the homily; from the poet, who skillfully and naturally weaves words together in vivid pictures, to the essayist who works for hours to find the right words to convey what is in his heart and what he believes God wants him to preach.

While there are differences in the content of today’s homilies, the most significant differences have to do with style: how a homily is preached and delivered. In a culture that tends to devalue the spoken word, this can place certain priests and deacons at a disadvantage. The media has changed today’s parishioners into consumers of slick, well-rehearsed and prepared productions where the Catholic homily suffers in comparison even if preached by a capable and well-prepared homilist.

Efforts to overcome poor preaching include extensive study of the Scriptures and homiletic practice in seminary before ordination, including critique of preaching from professors and peers. In seminary, students become familiar with potential resources in scriptural exegesis and homily preparation, yet many preachers are far removed from the days of their seminary formation. While preaching workshops and institutes are offered for clergy, there is no requirement that they attend such gatherings.

Many preachers could benefit from more time spent in study and prayer in preparation for preaching. Immersion in the Word through a prayerful reading of the Scriptures and engagement with the church Fathers’ exegesis, in particular, can help. Constructive feedback can also aid preachers as the vast majority of homilists receive little more than, “Nice homily, Father!” from those leaving Mass. Some preachers invite feedback by organizing small groups of parishioners who provide input on the Sunday readings (as part of the homily preparation process) and then provide concrete and specific feedback on the homily after it is preached.

As homilists, we can benefit from additional attention paid to the homily itself, including the prayer, study, and preparation that undergirds it, but also input on how our homilies are being preached and received.

This A Question of Faith column first appeared in the August 2016 print edition of The Catholic Telegraph.

A Look Back at Bishop Carl Moeddel’s Ordination

Q&A: Are the homilies of priests and deacons critiqued?