January 25, 2023 Catholic News Agency
Home»Commentary»Q&A: How can God the Father know something Jesus does not?
Commentary 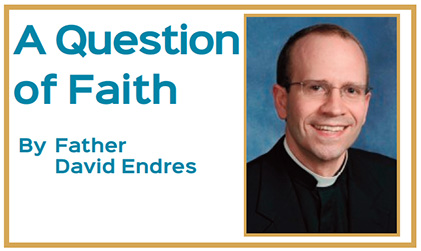 Q: In Matthew 24, Jesus says no one knows when the world will end. He says that the Son does not know, only the Father. The Son is consubstantial with the Father in the Trinity. How can the Father know and the Son not know? This puzzles me.

A: The Gospels of Matthew (24: 36) and Mark (13: 32) record that the “day and hour” of the Second Coming “no one knows, neither the angels of heaven, nor the Son, but the Father alone.” The attribution of certain knowledge to God the Father –  and not to Jesus  –  is puzzling and the questions that arise from it are not new. The Evangelist Luke, though he offers a nearly identical account as Matthew and Mark in terms of the prediction of the Second Coming, does not include this saying in his Gospel. Some early manuscript sources for Matthew and Mark even omit “nor the Son” because of the theological difficulties it seemed to present.

The Church Fathers wrestled with the question, but did not arrive at a common interpretation. Origen surmised that “nor the Son” referred to the church since Christ is the head and the church “knows not the day nor the hour.” St. Athanasius offered the possibility that while Jesus professed His ignorance, He did in fact share in some way in the Father’s knowledge of the Second Coming.  St. Basil, similarly, suggested that Jesus did not know on His own, but through the Father who knew “first.”

That the knowledge of Father and Son could be unequal can be explained by Jesus’ two natures, human and divine. In coming among us as a man, God “emptied himself.” As God and man, Jesus acquired knowledge not only as a divine person, but as one who was human. Any lack of knowledge can be attributed to His human nature. As St. Gregory Nazianzen wrote, “He knows as God and knows not as man.”

More particularly, this difficult question is usually framed by considering the consciousness of Christ. Beginning in the Middle Ages, theologians divided Jesus’ consciousness into passive and active knowledge. He knew all as God but could not access that in His active human consciousness. While it can be said that He knew the time of the Second Coming, it was not actively known.

In many ways, this places Jesus in the whole flow of Revelation from the very beginning. As Louis Bouyer argued, along with the Church Fathers, all has been revealed, but all is not realized. Jesus was the “secret,” or mystery, of the Hebrew Scriptures which could only be realized in His Incarnation. In like manner, Jesus’ human knowledge was fully realized in His Passion, Death, and Resurrection. When Mary and Joseph found Jesus in the Temple, Scripture says He went home with them and “increased in wisdom and stature” (Luke 2:52). He was able to grow in His human condition toward divine wholeness.

None of this can serve as the definitive answer to your question, but just as we cannot fully grasp Jesus as “true God and true Man,” neither will we completely figure this “secret” out. The question itself, however, can draw us toward the mystery of the Trinity and can inspire vigilance and combat laxity. As we follow the words of both Matthew and Mark, we can be assured that Jesus, not knowing the day or hour, can lead us more surely into the mystery of our faith and the desire to possess that mystery more fully.

Father David Endres is dean of Mount St. Mary’s Seminary and the Athenaeum of Ohio. Send your question of faith to Steve Trosley.

This A Question of Faith column first appeared in the July 2016 print edition of The Catholic Telegraph.

Poland visit will be inspired by mercy, pope says

Is Sacrifice Required for Worship?