“Greg brings a remarkable combination of management expertise, journalism skills and demonstrated service to the church at the national and international level. I am confident he will prove to be an important resource to clients of CNS,” Msgr. Bransfield said in a statement.

Erlandson, 62, stepped down from his position at OSV in Huntington, Indiana, after nearly 27 years with the company. He was named OSV editor in 1989 and was promoted to editor-in-chief of its editorial operations in 1992. He was named president and publisher in 2000.

“CNS is one of the gifts of the U.S. church to the rest of the Catholic world,” Erlandson said in response to an email asking for comment. “It is an honor to follow in the footsteps of so many great directors of the news service, and I am humbled by the opportunity to join our colleagues at the bishops’ conference in serving our fellow Catholics.”

“Catholic News Service has for decades been the backbone of the Catholic press,” he told CNS. “It has enabled diocesan media to have a dependable source of national and international news, of great columnists and great features. It has also provided timely and trustworthy reporting to a wide variety of Catholic publications and organizations as well as to bishops and communicators around the world.”

Erlandson worked for CNS from 1986 to 1989. After a brief time in the Washington office, he worked at the CNS Rome bureau until he left to become editor at OSV.

“So I expect to feel a little deja vu,” he said, calling his time with CNS in Rome “life-changing.”

“My years in Italy changed the way I viewed both my church and my country, and I will always be grateful for the opportunity Richard Daw (then-CNS editor-in-chief) made available to me,” Erlandson said. “I have always felt like I’ve remained part of the CNS family. I’ve kept in touch with my colleagues in Washington and I’ve visited the bureau whenever I’ve been in Rome.”

Since he was with CNS, the CNS offices — in the USCCB headquarters — are in a different part of Washington and CNS has new staff members, new resources — such as video and social media — and “new challenges,” he said. “So this feels a tiny bit like coming home and a whole lot like a brand new opportunity.”

Msgr. Bransfield thanked CNS staff “for their focus and hard work during this period of transition” and thanked Rogers and the search committee for their work.

Erlandson studied journalism at the Graduate School of Journalism of the University of California at Berkeley. He received bachelor’s and master’s degrees in English literature from Loyola Marymount University in Los Angeles. Early in his career, he was editor of the National Catholic Register.

Over the years, Erlandson has had an active role as an advocate for the Catholic press. He served as president of Catholic Press Association of the United States and Canada from 2011 to 2013 and continued on the organization’s board after his term.

In June, he received the Bishop John England Award from the CPA during the Catholic Media Conference in St. Louis. Last February, he was inducted into the Association of Catholic Publishers Hall of Fame for lifetime achievement. In 2015, he received the St. Francis de Sales Award, the CPA’s highest honor.

He and his wife, Corine Bischetti Erlandson, have four children.

Erlandson told CNS that his first steps as editor-in-chief will be “to get to know the staff, to hear what they have to tell me about the challenges they face. I have some learning to do.”

“I am a competitive person,” he added. “I want to do my very best and to help others do their very best. My goal is to serve our stakeholders, dazzle our customers and spread the good news in the way that only solid Catholic journalism can.”

“When I last worked for CNS, no one was talking about a 24/7 news cycle. There was no internet, no social media, no Instagram and Twitter,” Erlandson continued. “The news business has changed dramatically and if anything there is a glut of information available now. … CNS must identify what its core competencies are, what it does better than anyone else. I think that people are hungry not just for information, but for context.”

He said CNS “is uniquely positioned to be a reliable source for news and a trustworthy source for understanding the context and significance of that news” to help readers “understand this world in the light of faith” and how the church is “walking with them, to use the words of Pope Francis.”

Declining Mass attendance and sacramental practice and other challenges are facing Catholic news outlets, he said, but “there have always been cycles in religious practice. The Cure d’Ars (St. John Vianney) in 19th-century France faced far worse. So did St. John Paul II in communist Poland.”

“The influence of religion, for good and for bad, is visible every day on every front page,” he added. “We have an amazing pope who has caught the imagination of the world. In the Middle East, in Africa, In Turkey, in China, in the Philippines, in our own election campaigns, religion is omnipresent.

“This is an exciting time, and Catholics are in the mix everywhere. My old boss (at OSV), Bob Lockwood, said that the only unforgivable sin in Catholic journalism was to make religion boring. It should pulse with relevancy and engagement.” 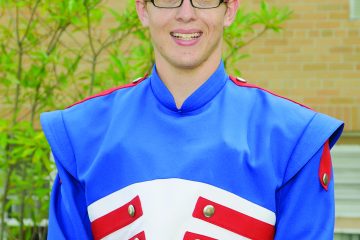