Question: I know of Freemasons who are also practicing Catholics. I always thought that this was forbidden, but I was told that these men had permission from their pastors to join. Is it permissible for a Catholic to become a Mason? Is this addressed in canon law?

Answer: The Church provides a clear answer to this question: a Catholic is not permitted to become a Mason. The reasoning behind the prohibition requires some explanation. First, we will consider a brief history of Freemasonry, then, what the Church has declared regarding Freemasonry, and finally, we will look into the theological significance of the Church’s practice.

From Cathedrals to Lodges
In the Middle Ages, stoneworkers (masons) organized themselves into guilds to build cathedrals throughout Europe. When cathedral construction declined after the Protestant Reformation, however, many guilds began accepting non-stoneworkers to increase their memberships. After the continued decline of stonework, masonic guilds became fraternal organizations to discuss politics and philosophy.

Freemasonry, as we know it today, dates to the formation of the Grand Lodge of England in 1717. Similar lodges began spreading throughout Europe (especially in Britain, Germany and France) and to America, making Freemasonry one of the largest and oldest fraternal societies in the world. Through many secret rituals, which utilized symbols from architecture and ancient pagan mystery cults, Freemasonry sought to create a “universal league of mankind” around a deistic philosophy and a secular morality opposed to the teachings of Christ and the Church. Unlike the medieval guilds which promised fidelity and service to the Catholic Church, the new masonic lodges sought to free men from ties to the Church. Many lodges today perform charitable work, but they also espouse a form of deism, calling God the “Supreme Architect,” an impersonal god who created the universe but is now distant.

Popes and Canon Law
Pope Clement XII was the first pope to address Freemasonry through an encyclical written in 1738. Many popes followed. Pope Leo XIII was especially concerned about Freemasonry’s naturalism, which holds that humanity does not need divine revelation. In total, the popes have warned about Freemasonry 21 times.

The 1917 Code of Canon Law declared that all who join a Masonic sect incur excommunication (canon 2335), but the present Code of Canon Law forbids participation in secret societies, but it does not mention Freemasonry explicitly. Consequently, many questioned if the Church had lifted its ban on Freemasonry. However, the prohibition remained. In response, Cardinal Ratzinger (the future Pope Benedict XVI) as head of the Congregation for the Doctrine of Faith, reaffirmed in 1983 that someone enrolled in a Masonic association is “in a state of grave sin and may not receive Holy Communion.”

Faithful to Jesus, the Cornerstone
It is important to remember that the Church only exposes an error to affirm a greater truth. What truth, then, is the Church protecting in its ban on Freemasonry? Freemasonry espouses a naturalistic ideology not consistent with the Christian understanding of revelation. Freemasonry believes in an impersonal deistic God. Rather than following the teachings of the Gospel, Freemasonry proposes a morality based on secularism. And instead of being part of the Catholic Church, Freemasonry works to achieve a universal brotherhood that is not founded on Christ.

The Church must warn about Freemasonry, then, if it wants to faithfully affirm what the Lord has said and done. God is not distant; He is our Father. Worldly success is not our goal; heaven is. And finally, a new universal humanity is not the work of human hands; it is built by the blood of Christ, “the stone rejected by the builders,” and found in the Catholic Church. 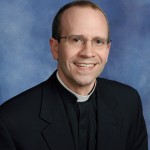 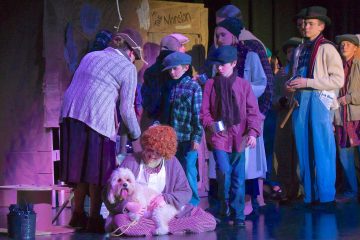