In the parable of the dishonest steward, what does Jesus mean when he says, “make friends with dishonest wealth” (Luke 16:9)?

The parable of the dishonest steward remains one of the most puzzling passages in the New Testament. Thankfully, the Church can help us understand it. Dei Verbum, a document from Vatican II, directs us to analyze three things when reading Scripture: historical circumstances, biblical context and the tradition of the Church. We can look to each in trying to understand the dishonest steward and his dishonest wealth.

The Upcharging Steward
In reading the parable, one might wonder whether dishonesty is being commended. Why is the dishonest steward praised by his master and then by Jesus? Many have made sense of the parable by saying that the steward’s worldly prudence is commended, not his whole character. This may be true, but the historical and cultural context is also relevant.

In the ancient Middle East, stewards conducted the lending for their masters. To make money for themselves, stewards would upcharge debtors. For example, if someone borrowed 50 measures of oil, a steward would write a receipt for 100 measures to make a profit of 50. Thus, the dishonest steward of the parable may have been correcting his original upcharge of the debtor, limiting his income rather than stealing from his master’s rightful property. The steward is praised not because of his original fault which made him unjust (see Lk 16:1-2), but because he used his would-be wealth (the upcharge) to make friends.

Corrupted and Corrupting Wealth
This cultural context helps clarify the overall parable, but what are we to make of Jesus’s command to “make friends with dishonest wealth”? To understand any biblical passage, we must remember the audience. Here, Jesus addresses the tax-collectors and Pharisees (Lk 15:1-2). Why is this important? First, the tax-collectors have made a career of dishonest wealth, constantly upcharging others. These sinners, however, are attracted by Jesus’s message and now might wonder how to treat their unrighteous gains. Second, Luke tells us that the Pharisees were “lovers of
money” (Lk 16:14). In addition to the tax-collectors, Jesus is also commanding the Pharisees (and each of us) to be wise with the money we are tempted to love. Thus, the “dishonest” wealth could be unrighteous because it was unjustly acquired (tax-collectors) or because it distorts the heart (Pharisees). We should not love corrupted or corrupting wealth for its own sake; instead, we should use what we have gained for a higher purpose.

Making Friends in Heaven
How can wealth be used for a greater purpose? In the parable, the dishonest steward uses his would-be wealth to make friends, mindful that he is being fired from his role as steward. Christian
tradition has seen this employment termination as an allegory for death. Before death, Christians should use their material resources to make friends in heaven. The Church Fathers are clear that we do this by giving to the poor. St. Augustine, for instance, points to Zacchaeus, the tax-collector, as an example of this parable in action: he put his dishonest wealth to good use by giving it to the poor. When Jesus tells us to “make friends with dishonest wealth,” he is not commending dishonest gain. Instead, he is asking us to use the money that we have for an eternally profitable end, not an immediate or intermediate one. Our ultimate goal in life is heaven, not financial security here. We are to serve God, not mammon. By giving money to the poor, we use our wealth to make friends — not with the passing things of the earth but with God and the saints. 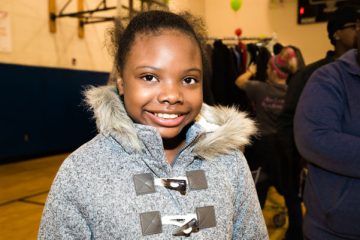