The 27th national collection for the Retirement Fund for Religious will be held December 13-14 in the Archdiocese of Cincinnati. The annual, parish-based appeal is coordinated by the National Religious Retirement Office (NRRO) in Washington and benefits more than 35,000 senior Catholic sisters, brothers and religious order priests.

Last year, the Archdiocese of Cincinnati contributed $725,000 to this collection. In 2014, the Comboni Missionaries of the Heart of Jesus, Monastery of St. Clare, Sisters of Notre Dame de Namur and the Ursuline Nuns received financial support made possible by the Retirement Fund for Religious. Women and men religious who serve or have served in the archdiocese but whose communities are based elsewhere may also benefit from the annual collection.

The 2013 appeal raised nearly $28.4 million, enabling the NRRO to distribute $23 million in financial assistance to 424 religious communities. Additional funding is allocated for communities with the greatest needs and for retirement planning and educational resources.

Catholic bishops in the United States initiated the collection in 1988 to address the significant lack of retirement funding among U.S. religious communities. Proceeds are distributed to eligible communities to help underwrite such day-to-day needs as prescription medications and nursing care. Since the collection began, Catholics have contributed $726 million. Over 93 percent of donations directly support senior religious and their communities.

Despite the overwhelming generosity to this fund, many religious communities continue to lack resources sufficient to support retirement and eldercare. Of 590 communities submitting data to the NRRO in 2013, fewer than eight percent were fully funded for retirement.

The financial crisis is rooted in low salaries and changing demographics. Traditionally, Catholic sisters, brothers and religious order priests—known collectively as women and men religious—worked for small stipends that furnished only the basics of daily living. As a result, many communities lack adequate retirement savings. At the same time, elderly religious are living longer and now outnumber younger, wage-earning religious. Sixty-eight percent of religious in communities providing data to the NRRO are past age 70, and the income of those engaged in compensated ministry cannot keep pace with the growing cost of eldercare. In 2013 alone, the total cost of care for senior women and men religious was over $1.2 billion.

In recent years, the NRRO has expanded efforts to help religious communities address the root causes of the retirement-funding shortage. For many, a major obstacle to financial stability is the struggle to maintain outdated congregational properties while providing quality eldercare. In 2013, the NRRO received a $2.5 million grant from the Conrad N. Hilton Foundation, payable over three years. A substantial portion of this award is being dedicated to the creation of educational programming and resources related to effective property planning and management.

“Despite the troubling statistics, many religious communities have made great strides in addressing their funding deficits, and contributions to the Retirement Fund for Religious have bolstered this progress,” said Precious Blood Sister Janice Bader, NRRO’s executive director. “Religious are humbled by the generous donations to this fund and determined to make the most out of every dollar.” 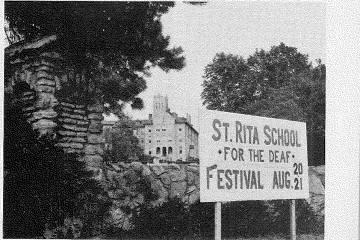