The National Shrine of Saint Elizabeth Ann Seton broke ground last month on a renovation of its museum and visitor center, which is meant to transform the pilgrimage experiences of visitors for years to come.

The groundbreaking at the Emmitsburg, Maryland shrine took place June 24.

“Mother Seton is a saint for all of us,” said Rob Judge, executive director of the shrine. “Her story resonates with so many people today because her life was filled with ups and downs, joys and struggles. The mission of her Shrine is to preserve her legacy for generations to come, and this museum project is a major step in that effort.”

St. Elizabeth Ann Seton is the first native-born American to be canonized, and a symbol of “faith, hope, and perseverance in the face of adversity,” said a recent press release on the project. This modernized museum will include interactive and innovative techniques to tell Seton’s story.

Among the artifacts that the museum will contain are Seton’s bonnet and childhood dance slippers. The museum will also include videos and other exhibits to help visitors experience Seton’s life in a realistic way.

Visitors will learn about Seton’s journey from being a socialite in 18th century New York to being the founder of the first community of women religious established in the U.S.: The Sisters of Charity of St. Joseph’s. They will also learn about the legacy that she has today.

Seton, who was canonized in 1975, was born in New York City in 1774. She was raised Episcopalian and was received into the Catholic Church in 1805, two years after the death of her husband, William. She and William had five children together, including Catherine, the first American to join the Sisters of Charity.

Following her conversion to Catholicism, Seton eventually moved to Emmitsburg and founded a Catholic school for girls and a religious community to care for the poor.

The Sisters of Charity of New York, whose lineage traces back to Seton, were honored for the donation last year of priceless artifacts owned by Seton and her family. These artifacts are in the current “Seton Family Treasures Exhibit” and will be displayed in the renovated museum as well.

“Her struggles are just as relevant today as [they] were 200 years ago,” said Sister Mary Catherine Norris, provincial of the Daughters of Charity province of St. Louise and a member of the shrine’s board of directors. “The legacy of Mother Seton is she was fearless at a time when women weren’t exactly known for that. She’s a great role model whether you’re a mother, an educator, a daughter or a widow.”

Funding for the $4 million project is coming from the $10 million “New Century of Charity” capital campaign that was launched last September by the Shrine’s National Leaders Council.

Money from the campaign will also go to the “Seeds of Hope” retreat program for those on the margins of society and to create an “Innovation and Sustainability Fund” for other ministries within the shrine.

The  start of renovations and construction will begin in the fall, with completion scheduled for the fall of 2023.

The story behind London’s new Shrine to Mary, Mother of Persecuted Christians 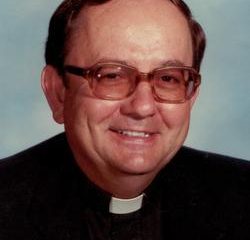