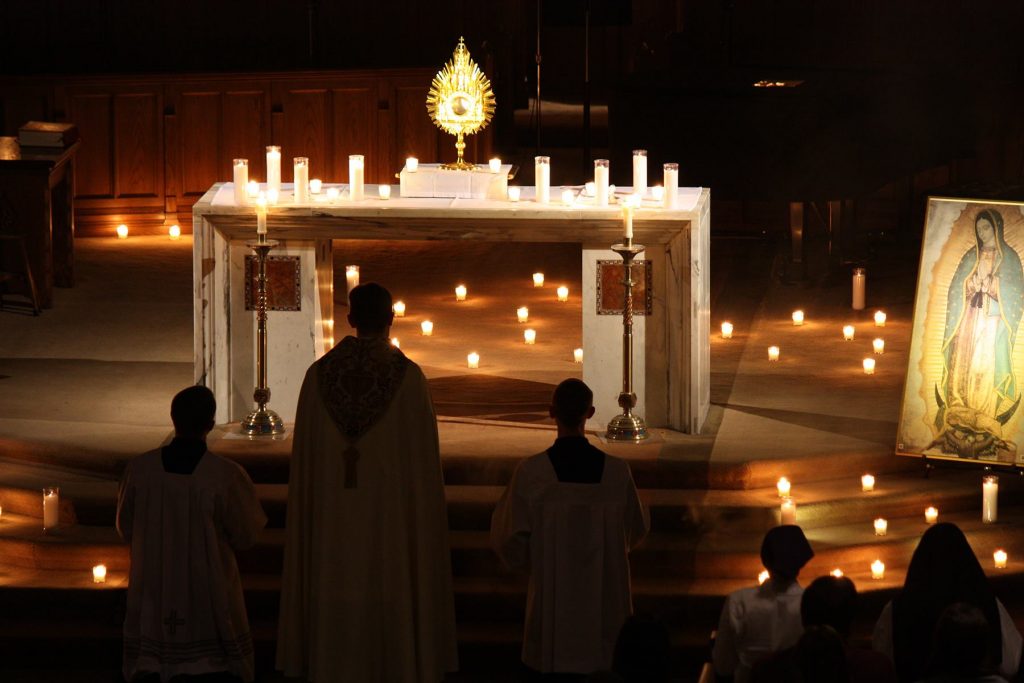 Over 200 young adults from the greater Cincinnati area gathered for adoration, confession, praise, and worship on November 17 at St. Mary’s Church in Hyde Park. The Behold event was hosted by the Mount St. Mary’s seminarians and the Archdiocese of Cincinnati’s Office of Young Adult Evangelization and Discipleship.

“A dimly-lit church is something you read about in novels or see in movies, but for most Catholics this is never experienced in reality. For most of us, our experience is a bright church, light streaming through the windows, and all the lights turned on. This is the Sunday morning church with all of its own special distractions.

This seemed not to be the same church on Friday night. Instead, the dimly-lit church of St. Mary’s in Hyde Park opened its doors for something different from Sunday morning. Here, tonight, was something new to “behold.”

The lights were dimmed to cut down on distractions, to render one indistinct in the twilight so that the brilliance of what seemed to be hundreds of candles in the sanctuary might catch the eye. There, in a literal blaze of glory upon the altar, was the Lord of the Universe Himself, Jesus Christ present in the humble species of the Most Blessed Sacrament.

While to myself, a seminarian, this is a sight well worth going out of my way to see, I wondered how many of my generation would also think so. I was pleasantly surprised that young men and women arrived in a steady stream until nearly two hundred filled the dark pews. In the front right, the Children of Mary were a model of loving devotion, and on the other side the Dominican novices lent their prayerful example.

Moving music was played to encourage adoration as long lines of prayerful penitents waited to confess their sins. Several priests charitably made themselves available to bring these young adults closer to the Father, and those who chose that night to cleanse their souls again with the Sacrament of Reconciliation were not disappointed.

I had wondered, after all of this, what the party afterward would be like. As the young men and women engaged in conversations with seminarians and religious I saw them having a very good time at a religious event. How often does one hear about that? These young adults had sacrificed their Friday night plans to come to this event. I think that, just as I did, they found this to be just as fun and much more fulfilling than anything else they could have done that night.

I was taking pictures during the event, which became the occasion of my meditation on the dim lighting. I would have loved for the illumination usual to a Sunday morning to aid my photographic endeavor. Then again, this lighting was most silent and personal time of prayer, in which one is trying to commune more deeply with God. The Mass, especially when celebrated on Sunday, is an act of community worship out of which Eucharistic Adoration grows organically. It is experiences like Behold that rekindle our love for the sacramental life of the Church.” 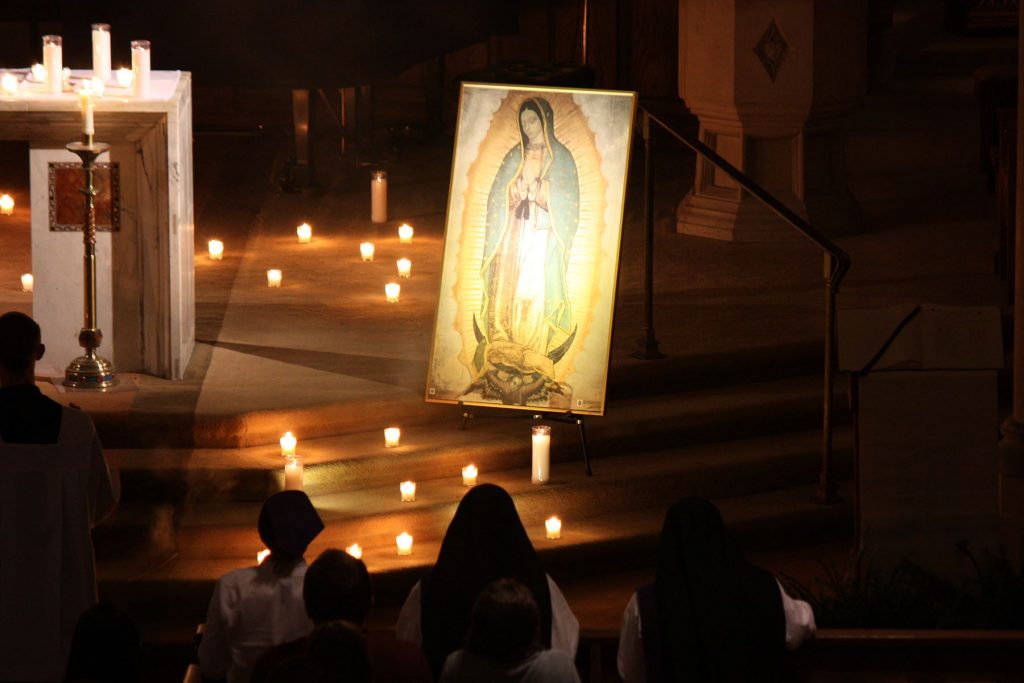 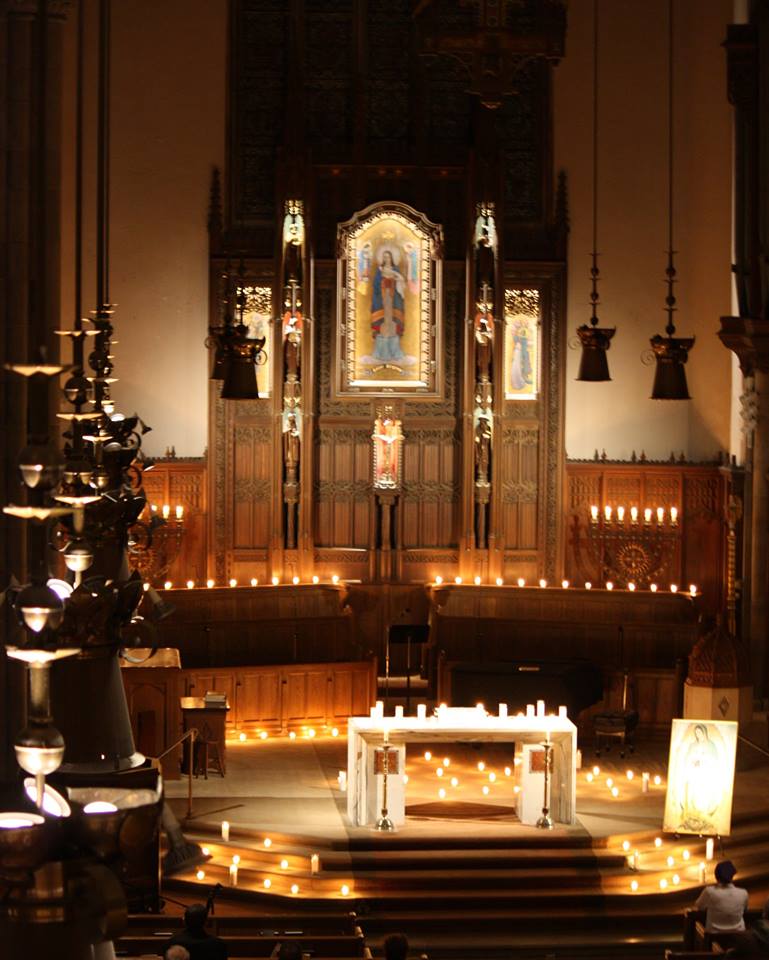 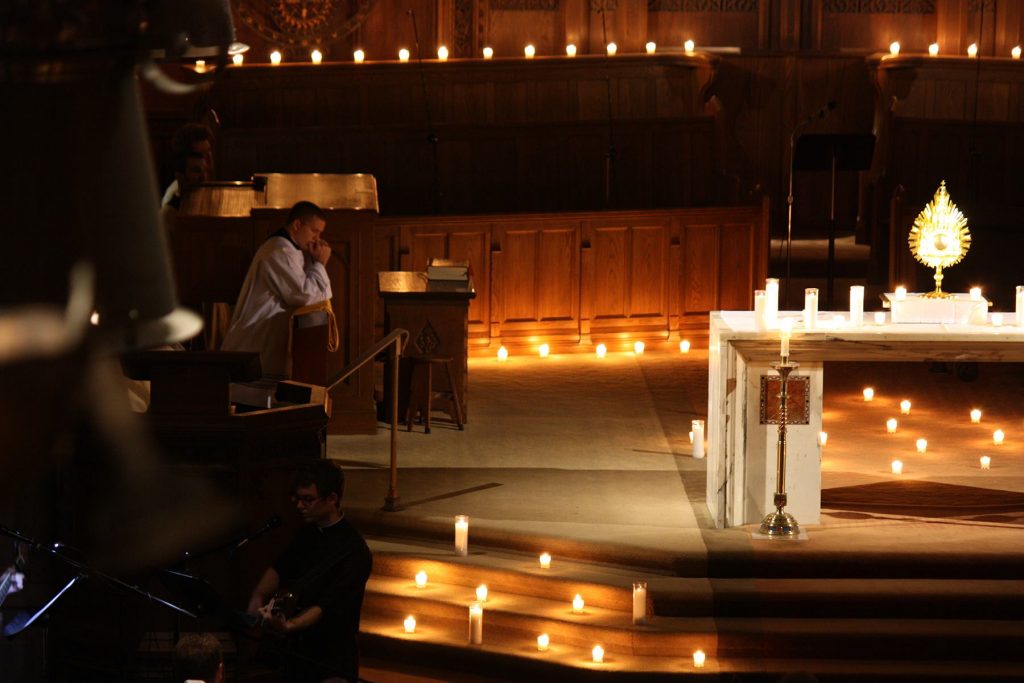 Tags:Athenaeum of OhioOffice for Youth Evangelization and Discipleship
Previous post